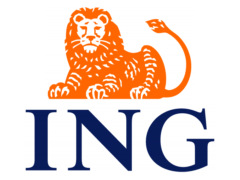 Dutch banking giant ING Groep has come to market with a green bond totalling €2.6bn in what is claimed to be largest green bond deal yet from a European bank and the largest transaction certified under the Climate Bonds Standard.

In the latest transaction, the €1.5bn (12-year) and US$1.25bn (long 7-year) tranches issued by ING’s Holdco were oversubscribed, according to a joint statement from ING and the Climate Bonds Initiative, which added that final books reached just under €4bn and US$3bn respectively, although there wasn’t an investor breakdown.

The green bonds were certified under the various criteria of the Climate Bonds Standard.

ING had a second party opinion from ISS-oekom and a pre-issuance impact report from US consulting firm Navigant for renewable energy and Dutch firm CFP for green buildings.

The bank has a climate finance loan book worth €14.6bn and says it has €4.8bn in sustainable assets under management.

Its Head of Sustainable Market, Hans Biemans, said issuing green bonds is part of its “corporate response to meeting the goals of the Paris Agreement”.

Manuel Adamini, Head of Investor Engagement at the Climate Bonds Initiative called the deal a “pointer” for other banks still considering their initial green issuance.“Facing serious climate impacts from being headquartered in a country for which sea level rise is extraordinarily threatening, ING as a repeat green issuer is demonstrating the financial leadership that banks and corporates need to emulate if we are to accelerate climate-based investment and low carbon transition.”

“It’s a pointer for other banks still considering their initial green issuance.”

It comes as the green bond market is expanding, with an increasingly broad swath of participants, a new S&P Global Ratings report has found. Having reached over $160bn for 2017, the market may surpass US$200bn this year.

Just this week, RI reported that the European Central Bank has revealed that EU central banks own 20% of all non-bank corporate green bonds out of Europe.

Meanwhile, Sindicatum Renewable Energy is to list Indian Rupee (INR) and Philippine Peso (PHP) $60m equivalent green bonds on the London Stock Exchange. The bonds, 100% guaranteed by GuarantCo, will be issued in three tranches and used to fund the construction and acquisition of renewable projects in India and the Philippines.