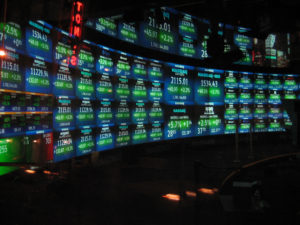 A new academic paper has suggested that socially responsible investors could use shorting against “vice stocks” to amplify their impact.
“To date, institutional investors’ engagement with public policy occurs almost exclusively through a refusal to buy certain companies they find objectionable, or to sell existing holdings in those companies,” the authors state.

“In other words, they engage with public policy through their use or withholding of long positions.”

“Instead of passively refusing to buy, or reducing a long position, institutional investors could actively sell shares they did not yet own, signaling even greater displeasure than is possible with long interests alone.

“Moreover, to the extent public policy engagement matches up with future economic activity, shorting allows institutional investors the means to make money off public policy positions, perhaps increasing their engagement in these important matters.”
Short selling accounts for around a quarter of all US market trading, according to research cited by the paper, but institutional investors appear to be unrepresented in this part of the market. To correct this, the authors suggest that institutions should consider “shifting the active component of their strategy away from the long portion of their portfolio and in the direction of new short positions. Instead of focusing exclusively on which stocks are likely to outperform the market, they could focus more on which stocks to avoid.”This behaviour, the authors say, will lead to more accurate stock prices because negative news about stocks is not being fully reflected because of the absence of shorting among these shareholders.
The paper says that there are a number of reasons, behavioral and regulatory, why different kinds of institutional investors do not engage in short selling even when it would be beneficial for them to do so, and it also cites evidence that this reluctance to engage in short selling “impacts market prices”.
In the first part of the paper, the authors enumerate the reasons preventing short selling among institutions: it is both costly and risky, there are regulatory and tax issues that prevent wholesale short selling, the Investment Company Act of 1940 places restrictions on mutual fund leveraged amounts, and, although there are fewer prohibitions for public pension funds, insurance companies and banks simply can’t engage in the practice. Nevertheless, Molk and Partnoy suggest that institutions, where they can, should combine “a slightly leveraged long position with a short position of a size that is comparable to the amount of leverage”. This could be done through investing in funds that do a lot of shorting, or direct shorting themselves; something that even those funds tracking an index have the possibility of doing.
Other benefits of institutional shorting are also put forward; that it “could strengthen discipline of corporate management and better inform directors, thus enhancing economic efficiency”. And that it might also help with the current share lending problems, because, with institutional investors more involved in shorting, they might have the impetus to force reform.