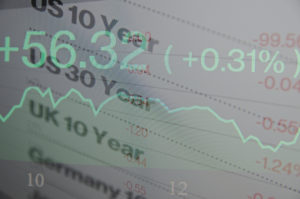 The International Capital Markets Association (ICMA), via the Green Bond Principles (GBPs), is readying itself to launch a working group dedicated to transition finance, and will begin looking at its role in supporting sustainability-linked loans and bonds, it has told RI.

The Switzerland-based industry group serves as the secretariat for the GBPs – which have become the go-to guidelines for the asset class over recent years – as well as the Social Bond Principles and the Sustainability Bond Guidelines. Now, transition finance will be added to the list of focus areas.

A Transition Finance Working Group, whose members and terms of reference will be announced later this month, is being created to monitor developments and host debate around standards and best practice for transition financing.

Speaking on an RI webinar yesterday, Yo Takatsuki, Head of ESG Research and Active Ownership at €757bn Axa Investment Managers, and a member of the Green Bond Principles Executive Committee, said the objective was “to try and get an industry dialogue around transition financing in the fixed-income space”.

“Transition bonds are already being issued, but the feeling that we have is that it would be better to at least have some market guidance on what that should actually look like, from the industry players themselves… in the way that the GBPs have done.”

Axa IM has been a leading voice on the topic of transition bonds – use-of-proceeds bonds that commit to financing decarbonisation activities, rather than already-green projects – and launched a set of guidelines for corporate issuers earlier this year.

Transition finance is a controversial topic among responsible investors, policymakers and civil society because, essentially, it involves labelling up non-green or ‘brown’ assets as climate positive. Some argue that it will enable widespread ‘greenwashing’ by big industry, while others say it is the only means by which the whole economy will reach the goals of the Paris Agreement.

“The green bond market has been very successful,” acknowledged Takatsuki, but added: “The challenge of the real world economy more broadly is … the issue of how to get carbon-intensive industries and extractives to go on that journey, so that one day they will be green. That’s the main talking point keeping us interested currently.”Peter Johnson, who chairs a climate taxonomy committee for the Canadian Standards Association (CSA), also spoke on the webinar. He said the group was “creating a definition of [climate] transition in Canada”, with its “first roll-up-your sleeves-and-get-to-work committee meeting” taking place last month

“An industry dialogue around transition financing in the fixed-income space”

“Our objective is to have our definition and principles completed by December, meaning we will have developed and voted on them and will begin to share them with the world.” He said that while that definition was being finalised, the group would begin working on seven focus areas within the taxonomy: oil & gas, transportation, mining, utilities, and industries such as cement and steel. Public consultations will take place throughout the process, he added.

In a further sign that the market is embracing the trend, fellow webinar panellist David Harris, Head of Sustainable Business at the London Stock Exchange Group, said it planned to launch a transition bond segment. The exchange already has various segments dedicated to green and sustainable bonds, as well as issuance from ‘pureplay’ companies but, he said, given the level of carbon-intensive companies listed on the exchange, a platform for transition “could be useful”.

In addition to addressing transition finance, Nicholas Pfaff, Managing Director of Market Practice and Regulatory Policy for ICMA and Secretary of the Green Bond Principles, told RI that it would turn its attention to another major ESG trend. ““The next thing we need to look at are sustainability-linked products in the fixed-income market,” he said. “We’re aware of the developments in that area, and are looking at it actively. We know that the market is looking for our views on this.”