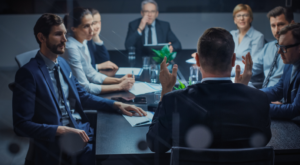 A group of 12 global investment consulting firms have committed to begin advising their clients on ways to decarbonise their portfolios by 2050 or sooner.

The firms are founding signatories of the Net Zero Investment Consultants Initiative (NZICI), launched today, which sets out nine actions that investment consultants will take to support the goal of global Net Zero greenhouse gas emissions.

Signatories also commit to engage with regulators and lawmakers on the Net Zero transition, and set emissions reductions targets across their own operation in line with 1.5°C climate scenarios. Progress against the commitments will be reported annually.

The new initiative is hosted by the Principles for Responsible Investment and has been “designed to facilitate alignment” with a cluster of existing UN-convened climate finance initiatives – including the Net Zero Asset Managers Initiative and Net-Zero Asset Owner Alliance – which require members to demonstrate progress on decarbonisation by adopting 2050 and interim Net Zero targets.

NZICI will also work with the Mark Carney-chaired Glasgow Financial Alliance for Net Zero, an umbrella initiative created ahead of the upcoming COP26 climate conference which aims to promote consistency and integration across existing and new Net Zero finance initiatives.

Commenting on the launch, Sarah Bernstein, Managing Principal at Meketa and Chair of the US ICSWG said: “Given the urgency with which climate change must be tackled, investment consultants such as ourselves want to provide investment advisory services to support asset owners as they seek to implement investment strategies to help limit global warming to a maximum of 1.5°C in accordance with the Paris Climate Agreement, and work to reduce our own corporate carbon footprint.”

The development of the NZICI was led by members of the Investment Consultants Sustainability Working Group (ICSWG), a recently-launched initiative with both UK and North American chapters. Out of the NZICI signatories, only Australian-based consultants Frontier and JANA are not current ICSWG members.

When contacted, a spokesperson from the UK ICSWG told RI: “The ICSWG and ICSWG-US were crucial in facilitating the launch of the NZICI, and – while not all members of those groups have become signatories to the NZICI at launch – we are anticipating that more will be joining in the coming months. Indeed, I would see the NZICI as representing a key achievement for the working groups.”

In January, the UK ICSWG released guidance aimed at helping trustees assess the climate competency of investment consultants. In April, it publicly endorsed guidelines from the Impact Investing Institute on measuring investment impact.