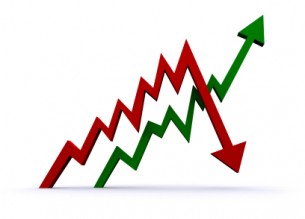 Green themed and norms-based European RI retail funds continued to suffer from a lack of investor confidence during June this year with sector assets down by €96m during the month, according to the latest available figures compiled for Responsible Investor by Lipper FMI, the investment data group. That followed a slump of €373.9m during May and losses of €95.9m during April. The fund class, labelled by Lipper FMI as ‘RI Extended’, includes those with multiple ethical exclusions, those following a norms-based strategy and themed climate change and microfinance funds. Of those fund manager’s taking in money, highest grosser was French funds house OFI’s Trésor ISR fund, a cash fund, with new assets of €145.7m, including market appreciation. Second was France’s Credit Mutuel, the investment group, whose Federal Taux Variable IR, a eurobond fund, had receipts of €55.8m.Third was Swiss manager Vontobel’s equity fund, the Vontobel Fund-Global Trend Future Resources, which took in €35.7m. The biggest RI extended fund is currently Blackrock’sNew Energy Fund with €2.58bn. Second is Pictet’s Water Fund with €2.48bn. Third is Pioneer’s Global Energy Fund with just over €1bn in assets. Sales of ‘RI screened’ funds as they are labelled by Lipper FMI, which have undergone an ‘extra-financial’ ESG (environment, social and governance) screen in their stock selection process, were up, however, during June, by 184.9m, albeit with a strong bias towards risk averse cash funds. That reversed sector losses of €191.2m in May. The best selling fund over the month was the Allianz Securicash SRI fund which netted €170.2m. Second highest was Dexia’s Money Market Euro Sustainable fund with inflows of €107.4m. Third was French insurer Macif’s Trésorerie Semestrielle ISR fund with €61.1m. The largest RI screened fund remains Amundi’s LCL Monétaire Large fund with €2.45bn in assets.
Second is Allianz’s Securicash fund with €1.74bn. Third is SAM’s Sustainable Water Fund with €1.3bn.
See downloads for full stats – left hand column