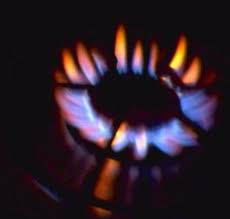 What’s believed to be the first shareholder resolution on fugitive methane emissions in the natural gas industry is being tabled by US sustainable funds specialist Trillium Asset Management.
Trillium’s motion calls for a report for investors on how Houston-based natural gas operator Spectra Energy is “measuring, mitigating, and disclosing” emissions of the harmful greenhouse gas.
The proposal has been tabled ahead of the company’s annual shareholder meeting, likely to take place sometime in the second quarter of next year.
Trillium is the Boston-based firm with over $1bn in assets under management which earlier this month spearheaded a resolution calling for banking giant Citigroup to be broken up.
The new resolution notes how natural gas has been touted for its better environmental profile – but points out that fugitive methane emissions in the oil and gas sector are a fast-growing source of man-made methane emissions.
“The promise of natural gas as a bridge fuel to a more sustainable energy future is under question given the high short-term climate impact,” the motion states. Experts estimate methane has 25 times the impact on temperature as carbon dioxide over a 100-year period and 72 times the impact over 20 years, it adds.Trillium says methane emissions are not tightly regulated, measured, monitored, mitigated, or disclosed. “We believe Spectra Energy’s social license to operate is at risk and the company has a responsibility to implement a program of measurement, mitigation, and disclosure.”
Trillium adds that the Carbon Disclosure Project’s 2013 Oil and Gas Supplement will include a questionnaire on methane emissions.
It comes as the new Global Coalition on Climate Change is planning a statement on risks associated with methane emissions.

In June, investors called on companies and governments to act to minimise fugitive methane emissions caused by unconventional oil and gas production made possible by hydraulic fracturing (“fracking”).
Trillium has also filed resolutions on a range of issues at a number of other companies. They include eBay and Apple (privacy and data security), Verizon and AT&T (wireless network neutrality) and Wells Fargo and Fifth Third Bancorp (payday lending).
Also under scrutiny are Starwood Hotels and Resorts Worldwide (annual sustainability report), Hess Corporation (political contributions) and Zimmer Holdings (board diversity).