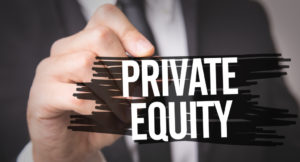 M&G, Neuberger Berman and Nuveen are among investors endorsing a new disclosure framework aimed at addressing the growing number of high polluting companies being delisted.

The Private Markets Pilot is being run by influential reporting body CDP, formerly known as the Carbon Disclosure Project, which has historically focused on promoting environmental disclosures from public companies.

The non-profit said the move was prompted by “a trend towards the privatization of high-carbon assets [which] risks diminishing transparency and performance on ESG issues, since private companies do not have to comply with the reporting requirements of a listed entity”. It pointed to BP’s decision last year to sell its Alaskan oil and gas business to Hilcorp Energy for $5.6bn.

"While there has been increasing transparency on ESG issues in public markets – in 2020 CDP saw a record number of listed company disclosures – global markets are increasingly characterised by a rapidly expanding pool of private organisations and capital. Private equity net asset value, for example, has grown three times as fast as public markets since the turn of the century, doubling 8 times compared to 2.8," CDP continued.

The pilot will include the development of the first ever standardised environmental platform dedicated to private assets, which will allow investors to compare the environmental performance of private companies.

More than 1,000 private companies from emerging and developed markets will be invited to report using the new framework in the first instance. Sectors include Oil & Gas, Finance, Renewable Energy, Tech, Healthcare, and Manufacturing.

CDP’s Joint Global Director of Capital Markets, Claire Elsdon, described the move as “essential to avoiding ‘emissions leakage’ between asset classes such as public companies selling high-carbon intense assets to private companies in a bid to avoid scrutiny and transparency”.

“We thank participating investors and look forward to scaling this work in the years to come”, she added.

This week also saw a group of banks including  ING, Societe Generale and BBVA give their blessing to a project by think tank 2° Investing Initiative to develop a climate risk database of more than 200,000 SMEs, with the eventual aim of compiling a database of two million SMEs globally. The three-year project, which is funded by the EU LIFE programme, will award individual physical and transition risk scores to companies based on the location of their assets, supply chain information and other public data.