Today, 147 investors joined forces to call for stronger methane regulations and enforcement. Organised by the Interfaith Centre on Corporate Responsibility, the likes of Legal & General Investment Management,  Allianz, CalSTRS and Wespath endorsed a statement warning that "inaction will leave investors and oil and gas companies vulnerable to climate and reputational risks".

Here, Oxfam's Sharmeen Contractor lays out those risks, and explains why investors are right to take them seriously.

As oil and gas (O&G) companies recover from a tumultuous 12 months, scrutiny is mounting around risk, due diligence and viability in the sector, and its methane emissions problem has moved front and centre. The sector emits the largest percentage of methane emissions in North America – a figure likely to be even higher due to accidental leaking, venting and flaring across O&G operations, and irregular direct measurements. Growing attention on emissions from orphan and abandoned wells, with the sheer size and scale still undetermined, could present a sizable problem to industry and society.

The US and Canada are drastically underestimating methane emissions from orphaned and abandoned wells. Plugging these wells is a first step to reducing emissions, but remains a low priority for the sector. As countries pledge to cut emissions ahead of November’s COP26, the cost of the O&G’s malfeasance will be borne by everyone, including investors. The sector is soon to see tighter emissions rules and other sectors could potentially be hit with tougher climate rules. The Principles for Responsible Investment predicts “abrupt, forceful and disorderly” by 2025, which could reduce $2.3tn in value from the world’s largest companies.

After losing four years on climate action, the US is closing the loop – rejoining the Paris Agreement, setting up a Special Presidential Envoy for Climate and pledging to reduce emissions by 50-52% on 2005 levels by 2030. Such increased ambition is anticipated to reduce demand for oil, while Obama-era rules around the management of oil wells are likely to be reinstated and potentially extended to older wells.

In the US and Canada, the number of oil and gas companies filing for bankruptcy jumped from 28 in 2018 to 50 in 2020. Many of them are leaving a legacy of unplugged wells.

Increased action in the US has spurred Canada to include additional methane reductions by 2030 and 2035 to its new climate plan and increase emissions reduction pledges from 36% to 40-45% by 2030 from 2005 levels.

Companies slow to move could lose access to funding, partnerships, and markets. In October 2020, French utility company Engie exited an LNG deal with NextDecade Corp over, among other issues, NextDecade’s environmental record in the Permian Basin. Separately, Ireland’s Port of Cork allowed an agreement with NextDecade to expire over climate concerns at the facility. In one of his first acts as US President, Joseph Biden revoked TC Energy’s Keystone XL Pipeline permit that would carry oil from Alberta to Nebraska.

The energy transition will likely continue to fuel bankruptcies in O&G. In the US and Canada, the number of O&G companies filing for bankruptcy jumped from 28 in 2018 to 42 in 2019, hitting 50 in 2020. Many of them are leaving a legacy of unplugged wells. In Canada, Redwater Energy tried to shake off its environmental liabilities during bankruptcy, but the Supreme Court would not let it. However, in the US, California Resource Corporation filed for bankruptcy with a high number of orphaned wells and no clarity about who will clean its mess. Estimates suggest 3-4 million active, idle and abandoned wells in the US alone will cost states billions of dollars to plug.

Faced with finite sources of funds, mounting bankruptcies, and increasing pressure to respond forcefully, states are considering introducing stronger rules on O&G such as higher bonding requirements increasing the compliance costs for companies unprepared to address their obligations. Just last month a bill was introduced in the US House that would provide $7.25bn in grants for cleanup of orphaned wells on state and private lands conditioned on, among other things, strengthening plugging regulations.

Investors can lead by example

In 2016, North America committed to reduce methane emissions from the O&G sector by 40% to 45% below 2012 levels by 2025. In this vein, Canada launched a C$1.7bn Covid-19 bailout programme to clean up abandoned and orphaned wells – although internal documents peg the cost of plugging these wells closer to $260bn. By February, Alberta had received more than 42,000 applications, 17,000 of which were approved; and up until now C$310m has been awarded to 633 companies. That’s almost one-third of the funding allocation, leaving doubts about the ability of the programme to address the scale of the problem. There are no pre-and post-studies on emissions reductions planned, which rules out the possibility of evaluating the extent of reductions.

Canada’s experience can provide valuable lessons as the US considers its own well-plugging programme. And investors can be powerful messengers – as key stakeholders, they can encourage governments, both federal and local, to introduce tougher methane rules, specifically with respect to plugging wells. These could include promoting the establishment of minimum standards and metrics to measure plugging success, including measurement of emissions pre and post plugging. Particularly important is advocacy to regulators to keep raising the bar on methane emission rules for the O&G sector.

Investors should also reduce exposure to methane emissions in their portfolios in the face of increasing regulatory scrutiny on climate risk in North America’s financial sector.

Company engagement will be a key tool for investors considering tough emissions targets for leaking wells. As owners and creditors, investors can encourage companies to increase their responsibility for plugging and remedying inactive and abandoned wells. Most importantly, investors should ensure that companies’ corporate lobbying activities uphold and strengthen methane regulations. Investors should confront poor performing players in their portfolios and hold company executives and directors accountable for malfeasance and/or inaction on emissions reduction.

Together, these measures can help reduce cost transfers to investors and other stakeholders. 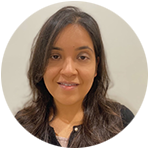