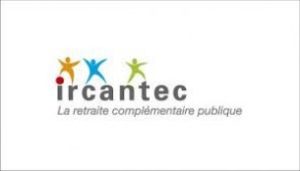 Ircantec, the €6bn French public pension fund, is in the market for investment grade corporate debt mandates denominated in euros worth a total of €300m based on clear responsible investment criteria, which it says will be awarded to up to four managers depending on the response to the tender. The fund – the “Institution de retraite complémentaire des agents non titulaires de l’État et des collectivités publiques” (supplementary pension institution of non-permanent staff of the state and public authorities) – is housed within France’s Caisse des Dépôts, the French quasi treasury fund. It takes in pension contributions from almost three million professionals across industries as diverse as hospitals, the civil service and France’s partially state-owned electric and gas companies. In its latest request for proposal (RFP), Ircantec said the actively managed credit mandates would be benchmarked against a reference index similar to the Barclays Capital Euro Corporate index and could be awarded to between two and four fund managers depending on the kinds of strategies proposed. It said the size of the mandate could also vary depending on manager proposals, and may be amended during the mandate duration.
The fund says the money will be managed via a French registered UCITs fund structure called a Fonds d’Investissement à Vocation Générale (FIVG), which is overseen by France’s AMF regulator, but which can benefit from a European passport for fund managers registered in the EU under the Alternative Investment Fund Managers Directive (AIFM).
The date for responses (in French) to the RFP is November 20, for the attention of Roselyne Leclerc at the following e-mail address. June 2012, RI reported that Ircantec had awarded a series of environmental, social and governance (ESG) mandates to a total of seven asset management firms in 10 different mandates. In October 2013, the fund – a signatory to the United Nations-supported Principles for Responsible Investment – published a responsible investment charter based on three main pillars: a full reflection of the long-term interest of its beneficiaries, a belief that ESG factors can influence investment returns to varying degrees across asset classes and sectors, and a desire to ensure that the fund is in step with the major sustainable growth objectives of society.  The other major aims of its charter alongside active engagement is to integrate ESG into portfolio decisions. It carries out corporate exclusions based on international norms, but its priority in equities is ‘best in class’ selection of companies that favour social progress, environmental protection, sustainable development and good governance. In government bonds, Ircantec says it favours states that promote health and education, environmental protection, biodiversity, anti-corruption, the adoption of international treaties and freedom of expression. For real estate, it said its RI policy focuses on investing in socially orientated property such as medical establishments, retirement homes, student accommodation and contracts for building improvement around environmental performance and tenant welfare.
On shareholder engagement, the fund votes its shares with a focus on issues of executive pay, shareholder rights, accounts and management audits and treasury management.
Ircantec recently allied itself to the Global Investor Statement on Climate Change put out at September 2014’s UN Climate Summit in New York, which was signed by 350 institutional investors worth $24trn and called for carbon pricing, an end to fossil fuel subsidies and further research on low carbon investment strategies.