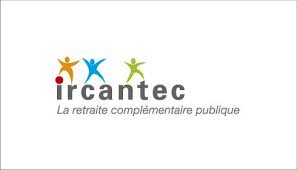 France’s Ircantec is preparing to create a €300m green bond fund, in a bid to “be more selective and more demanding” with its investments into the asset class.

The €9.2bn French public sector pension scheme will amalgamate its €300m of existing green bond investments, which it makes through non-dedicated funds, into one vehicle, with a view to investing more in the future.

“The reason we want to do that is because we want to increase the quality of the selections,” said Caroline Le Meaux, head of external asset management at the state investor Caisse des Depots Group, which houses the fund.

“Our existing investment in green bonds is already quite a big part of our bond exposure,” she explained, saying it represented around 7%.

“Some green bonds are green and others are not so green, and there is no clear distinction made between the good ones and the ‘greenwash’ – so we want to make sure internally that our green bond exposure is really green. We want to be more selective and more demanding.” Le Meaux added that Ircantec may reassess its existing green bond investments “at some point”, as part of the process.“We are quite comfortable with the selection processes of our internal managers, but we also acknowledge that some are much more demanding that others, so we want to concentrate our exposure to the most advanced of those managers.”

Ircantec is seeking a fund manager with experience in the green bond market, for a five-year contract for a mutual fund (Fonds Commun de Placement, FCP). It does not expect to have the fund up and running until June, at the earliest.

The fund would currently be the largest dedicated fund in the market if it launched.

Ircantec has finalised a number of investment mandate searches at the beginning of 2016. In May it hired Robeco Institutional Asset Management, Paris-based BFT Investment Managers (formerly BFT Gestion), and Allianz Global Investors (AGI), for three separate European equities mandates worth €100m each.

At the end of November 2015, it published the carbon footprint of its €2.4bn equity portfolio. In October 2015, it announced a big step to reduce the C02 exposure of a slug of its investments and invest in green energy by reconfiguring approximately €1bn in assets run for it by Allianz Global Investors towards a low carbon/environmental opportunities equities strategy.