Responsible Investor
Home News & Analysis Governance Paul Hodgson: With a changing of the guard at the SEC, is...
Return to search
Hot Topics 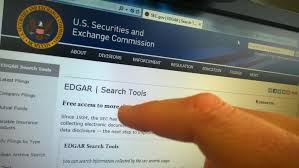 It all started with Whole Foods and it’s back with them again, among many others.

Proxy access is the ability of long-term shareholders to place a limited number of alternative board candidates on the company’s proxy card (ballot) for the company’s annual AGM.

The first returning shot in the battle over proxy access in 2015 came from what became known as the “Whole Foods-style defence”. Whole Foods was the first company to propose its own version of proxy access in order to get the shareholder resolution version of it thrown off the proxy. It was a good idea, and 15 companies followed suit, but it didn’t work. Whole Foods proposed, in opposition to the then standard 3% for three years, that a shareholder needed to hold a 9% stake for five years before being able to nominate a director, though the company later changed the threshold to 5% for five years. Neither was deemed acceptable by shareholders and the company faced a storm of controversy and protest until the SEC finally told it that it would allow the shareholder proposal to stand. That proposal was eventually approved and the company implemented… a version of it.
The next year, James McRitchie, the shareholder advocate and publisher of CorpGov.net, helped shareholders file a bylaw amendment proposal that called for changes to the bylaws to bring Whole Foods’ proxy access into best practice alignment. “It was best practice when the company implemented it, but we’ve moved on,” said McRitchie. The proposal called for: an increase in the number or proportion of directors who could be nominated from 20% to 25% or two; for the removal of limits on the number of shareholders who could group together to nominate a director; and no limitation on renominating a director who had not received a majority of votes in a prior election. The proposal did not win majority support and was filed again this year, where again it did not receive majority support. On the other hand, the proposal did have the support of well over a third of shareholders.
McRitchie and John Chevedden have a number of other similar proposals filed already this year. ProxyDemocracy has a page on its website showing the current focus list for proxy access and for bylaw amendments. Upcoming votes are at Apple on 28 February, Qualcomm on 7 March and Walt Disney on 8 March. A full proxy access vote is coming up at Starbucks on 22 March. “Apple says it already complies with industry best standards, but that’s not true,” said McRitchie. “The industry standard is now 20% or two, not just 20%. That would lead to the nomination of just one director on Apple’s current board, who could be easily isolated or sidelined.”
But the resolutions are receiving a large amount of pushback from companies – who were unsuccessful at keeping them off their proxies last year even though they sought ‘no action relief’ from the SEC.But in another sign of changing times at the agency under the new administration, the SEC reviewed requests for no-action relief from 12 companies seeking to exclude shareholder proposals requesting similar bylaw amendments; an increase from 20 to 50 for the number of shareholders who could band together.

Companies denied relief were: Citigroup, FiServ, Flowserve, Target, and UnitedHealth Group. You can read a relief decision here and a no-relief decision here. The SEC does not explain why it made the different interpretations.
McRitchie, working on Chevedden’s behalf, recently filed for reconsideration of the decision at NextEra. “An issue that no one has raised yet,” said McRitchie, “is that we all assume that what the major shareholders own in a company stays constant.” McRitchie put together a spreadsheet of the top 100 holders of NextEra shares and found that in a single quarter their positions changed by more than 16%. “That’s just one quarter,” he stressed, “over three years – the holding requirement – there are 12 quarters.” In his letter requesting reconsideration, McRitchie writes: “so it is not unreasonable to expect that many, if not most of the 85 shareowners touted by the Company as being able to combine to form a viable group would not be able to do so.”
“The burden of proof is on the company,” said McRitchie, “and none have shown that it is possible for 20 shareholders to actually be able to combine and meet all the requirements to nominate a director.”
The battle over proxy access is clearly not over, though the burden of letting shareholders know that it may never be possible for them to exercise their new found rights is clearly on McRitchie and Chevedden. I don’t think many understand – and won’t until a director nomination is attempted – that, under the current rules, it may not be possible.

McRitchie stresses the three-year holding requirement could also be the clinching failure point for proxy access attempts. He said: “Shares must be held continuously for three years. No one has discussed this major point in the press but you can bet corporate counsel will point this out if anyone ever tries to invoke proxy access.”