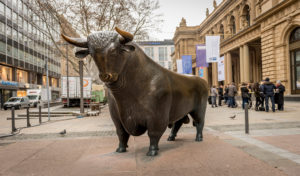 In 2017, Gary Retelny, President and CEO of Institutional Shareholder Services (ISS) confirmed to RI rumours of a potential IPO: “I would hope that we would be close to that point, in 18 to 36 months. I don’t think we’d be ready to go public before then, but that sounds realistic,” he said then.

Instead of an IPO, however, ISS has just been bought by Frankfurt-based German stock exchange Deutsche Börse; a significant shift into the mainstream market fabric: “This is not quite the same,” Retelny told RI just after the latest deal broke, “but maybe the same outcome down the road.”

ISS has had a series of US and non-US owners since it was first publicly acquired by Warburg Pincus, Hermes Investment Management and a group of private investors in 2001, before rolling through a couple of US private equity investment cycles. The latest sale takes company ownership outside the US again. But is non-US ownership of a US proxy firm of special concern? It would appear not.

China’s Xinhua Finance bought ISS’ rival Glass Lewis in 2006, then sold it to Canadian public pension fund Ontario Teachers Pension Plan (OTPP) in 2007, both non-US companies, and clients seemed at ease with both sales. OTPP must surely be reviewing its options for Glass Lewis given that Genstar, ISS’ latest PE owner, more than doubled its investment in just over three years.

While a change of ownership, foreign or otherwise, of US proxy firms always sends ripples of concern about independence through clients, it is typically private corporate interest and allegedly non-partisan groups who start shouting about conflicts of interest.

Earlier this year, The American Council on Capital Formation, one of the many organisations that has been lobbying for greater regulation of proxy voting services for years, said in one of its many ridiculous comment letters to the US Securities and Exchange Commission (SEC), that Glass Lewis’ ownership by OTPP “calls into question its independence because OTPP is an active shareholder in many publicly traded companies, issuing resolutions which Glass Lewis then formulates recommendations on”. Right. Except that OTPP doesn’t file shareholder resolutions, it votes on them.

But, since these groups have, for the time being, achieved their aims of muzzling the likes of ISS and Glass Lewis – though who knows whether the SEC regulations will ever come into play given the incoming administration led by President-elect Joseph Biden – I doubt we’ll hear much from them about the latest acquisition of ISS by Deutsche Börse. Except perhaps the usual, kneejerk ‘see, this is exactly why we needed more regulation!’ comment…

But the ISS sale is, inevitably, of much interest in the market.

Bob Monks, one of the founders of ISS, who remained chairman of the business until its first acquisition in 2001, and widely acknowledged as the grandfather of corporate governance – and clearly relishing the latest sale – said: “This is the most thrilling confirmation of the critical importance of non-financial information to an appropriately valued public company. It is most encouraging that a European stock exchange would choose to use the data and analytic power of ISS, as global uniformity of practice will do much to establish a generally accepted practice. Nell Minow, my son Bob and I were very ambitious thirty-five years ago in starting a company that offered a product no one had heard of, to say nothing of being interested in buying its product; today is personally a great treat.”

No concerns there. But Monks, of course, is not a client.

On that side, some concerns were voiced. Simiso Nzima, Investment Director & Head of Corporate Governance for US public pension fund CalPERS, said: “We are watching developments closely regarding safeguards which will be put in place to maintain ISS’s independence and minimise or eliminate the risk of conflicts. Nonetheless, our Governance & Sustainability Principles are the ultimate driver of our proxy voting decisions. We use proxy advisory firms as sources for research rather than voting direction.”

Amy Borrus, Executive Director at the Council of Institutional Investors, said: “As Deutsche Börse’s business depends partly on company listings, investors that are ISS clients will want to understand the level of safeguards that the company and ISS will put in place to mitigate potential conflicts of interest.”

Given that stock exchanges often develop unchallenging listing standards in order to be competitive, high governance standards used by ISS in making voting recommendations to its clients may cause potential conflicts between the two businesses. In instances where an ISS governance policy is a far higher bar than that required by the exchange, it will be important to guard against the possibility of mixed messages for listing corporates, such as: “But that’s not what Deutsche Börse told us…”

However, John Streur, president & CEO of SRI investment firm Calvert Research and Management, believes there is little to worry about in the deal.

“We don't anticipate any impact on proxy advice,” he said. “The announcement indicated that the ISS management team will remain in place and that the proxy advice business would operate independently. Naturally, we'll need to get more information from ISS about the specifics of how they will be governed going forward, but ISS has changed hands four times in the last decade (including non-U.S. owners) and we have seen limited impact on the proxy side of the business. Importantly, the company has a lot of experience maintaining walls between its various lines of business.”

Streur went on to say that he thought that the strategic rationale for the acquisition would be more on the index side of the business: “The Deutsche Börse wants to leverage ISS' IP [intellectual property] with its global distribution, and based on the implied valuation it seems that they see a big opportunity. I would see this as another example of the accelerating integration of ESG into the mainstream in Europe, contrasting with slower adoption (and even backsliding by regulators) in the US.” The acquisition, he concluded, suggested “perhaps more competition in Europe, but also perhaps opportunity for a differentiated provider”.

Back in 2017, ISS and Retelny were embarking on an acquisition spree, one that continued until its own acquisition. RI asked Retelny whether since Deutsche Börse seemed to be on a similar buying spree, ISS’ acquisitions would continue? “We will accelerate the acquisitions, is the short answer,” said Retelny. “And that is part of what made us appealing to them. Our pipeline is quite full at the moment.”

Retelny noted ISS’ five business units: governance, corporate solutions, ESG, market intelligence and media. “We are looking at acquisitions in all of them, but primarily in the ESG space.”

He explained that they could accelerate the acquisitions because of two factors, the first is lower leverage within ISS once the transaction closes and more access to free cash flow, the second is the efficiency, he says, that ISS has developed in integrating the companies it acquires: “Our acquisitions are not about cutting costs but increasing revenues, so companies are more receptive to our approach,” he said.

Asked about concerns over the independence of proxy advice, Retelny said: “My number one concern when I started to look at the acquisition was that issue, and we will continue to run arm’s length from any owner. We are developing a specific set of conflict mitigation policies and practices which we hope to put on our website soon.” Retelny noted that the exchange had invited him to speak at its investors’ day on Wednesday last week where his final slide said: ‘ISS research and advisory activities will continue to operate fully independently and at arm’s length’.

Retelny said that there was really no overlap between Deutsche Börse’s business and ISS’ and that ISS should be able to leverage the exchange’s footprint to expand business in Europe, particularly in developing indices. “There is no question that being one of the three largest ESG providers in the world played into Deutsche Börse’s decision to acquire us,” he said. He added that several US companies in the financial services sector, mostly FinTech, were also making acquisition overtures to the company but that “the fit was not there”.