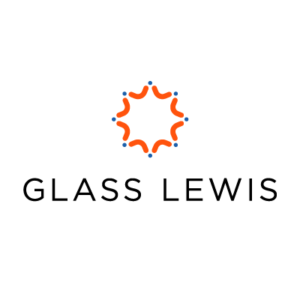 Proxy advisory firm Glass Lewis launched today a Report Feedback Statement (RFS) Service. The firm says it is part of a set of initiatives fostering engagement with issuers outside the solicitation period that it has been introducing over time.
“Our public website,” said GL’s CEO Katherine Rabin in an interview with RI, “provides free access to all our proxy voting policies – representing 16 years of intellectual property – as well as information on how to report potential factual errors and omissions, how to participate in the free Issuer Data Report service and how to engage with Glass Lewis.” There are occasions when an issuer disagrees with a piece of data in the Issuer Data Report, though this is often a difference of opinion rather than fact. This was one of the many contentious issues at the recent SEC roundtable on the proxy process. GL developed the new RFS service so that companies can make their own case. “I’m not afraid of someone telling us that they don’t agree with us, and the RFS Service is our way of letting that happen in a moderated way.”
While the proxy advisory industry has moved on from a situation where its decisions were made inside a black box and it was difficult for issuers to correct ‘mistakes’, the criticism of the industry appears to have stagnated in that place. “Instead of getting defensive,” said Rabin, “we see criticism as an opportunity to consider ideas that would benefit our investor clients and the capital markets in general. Since the 2010 SEC Concept Release on the US Proxy System, we have become much more transparent and accessible – at the appropriate time and in the appropriate way – to all stakeholders in the proxy process.”
RFS can be used once an issuer has gone through an error rendering process, and allows companies that have a difference of opinion about a data point in a GL report to put out a statement for a nominal fee stating their case. This statement is delivered to GL clients via its research and proxy voting platform, who will then be alerted to the fact that such a statement has been published. The RFS must be submitted within four days of the publication of GL’s report. A pilot programme is being rolled out in spring 2019, covering only a limited number of US issuers, and only regular annual meetings not contested ones.As important, the RFS Service is also available to shareholder proponents, who will likely take advantage of it if GL recommends against supporting a resolution filed by an investor. “The RFS service provides a unique opportunity for the subjects of Glass Lewis’ proxy research to submit feedback about the analysis of their proposals, and have those comments delivered directly to Glass Lewis’ investor clients,” says the press release.
Companies benefit as the statement is available to GL clients and the company’s shareholders directly, not simply released blindly to the world at large in a press release or filed in an easily missed SEC filing. And clients also benefit, because they have access to an issuer’s take on GL analysis. The service also makes it plain that companies cannot simply criticise third-party datasets that might be included in GL reports from Sustainalytics or Equilar. The service was developed after discussion with a range of different industry groups, is investors and corporations.
While issuers are most likely to submit a report if there is a difference of opinion, or interpretation, about a particular data point, Rabin thinks there will be a subset of RFS submissions that support GL’s analysis. “We know investors are thinking differently from their proxy advisors,” she said, “so there might be a situation where a company posts something that is supportive of our analysis because they know there are Glass Lewis clients that subscribe to our research yet have different views than ours on certain issues.” Similarly, if a proponent seeks to support GL’s recommendation on its shareholder resolution, its RFS submission could reiterate, reinforce and add further supporting arguments to persuade other shareholders to support it.
For example, at the recent Apple annual meeting, ISS recommended for James McRitchie’s resolution on tightening up the company’s proxy access rules, while GL recommended against it. Apple might have submitted an RFS in support of GL’s recommendation and McRitchie might have submitted one arguing his case for support.