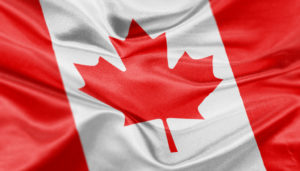 This article is part of a series on the creation of sustainable finance taxonomies around the world. You can read more in this series by clicking here.

Canada’s taxonomy is slated to be the second ever in developed markets.

First hinted at by the country’s Expert Panel on Sustainable Finance back in 2018, which pointed out in its recommendations to the Federal Government that, given the dominant role that resource-intensive companies play in the national economy, ‘transition’ would be key for Canada. Companies, it said, should be enabled to undertake “projects to reduce their carbon footprint, which do not neatly fit within standard green taxonomy”.

Shortly afterwards, the concept of a ‘transition taxonomy’ was born.

“Once we have consensus within our technical committee, we’ll publish English and French translations,” explains Peter Johnson, Chair of the Technical Committee that oversees the development of the taxonomy.

While the EU’s taxonomy has been a regulatory effort, the framework coming out of Canada is completely market-driven, and that makes a big difference, he says. “These are forward-thinking people and organisations coming together to chart a direction towards Net Zero by 2050, and begin creating more structure around disclosure. But it’s voluntary – we don't have any legal authority to implement this.”

“Entities in Canada have to balance climate science with social topics and economic dimensions, because that's the reality of a natural resource-based economy” – Peter Johnson

Arguably, this lack of legal clout makes it particularly important that there is market ‘buy in’ – companies, investors and lenders have to see the benefit of engaging with the Canadian framework if it’s to get off the ground. As a result, and in concert with the emphasis on transition, it is expected to be less strict than the EU’s, with definitions that reflect the realities of the Canadian economy more than the science of a 1.5-degree world.

While cynics may argue that this whole process is just a way to make sure Europe doesn’t impose genuinely green definitions on a country that doesn’t want them, supporters say the efforts by the Canadian taxonomy group are pragmatic, and stand a far higher chance of being effective than simply rolling out the EU’s definitions in the country.

A quick look at the S&P/TSX Composite Index, the benchmark for Canada, shows nearly 70% is made up of financials, materials, energy and industrials – in other words, big emitters and their lenders. Compare that with the MSCI All Country World Index, of which 70% is information technology, financials, healthcare, consumer discretionary and communication services, and it’s hard to ignore the fact that Canada is facing a very different challenge to much of the developed world. Kick carbon-heavy businesses out of an investment universe in Canada, and you could severely limit your options.

Canada’s Natural Resources Minister, Seamus O’Regan, recently said there was “no way we are reaching net-zero without Alberta,” referring to the importance of oil sands projects to Canada’s economic future, despite the government’s pledge to cut emissions.

So what does a ‘transition taxonomy’ in a resource-heavy country look like? Well, details are still hush hush, but there will be two parts to the Canadian taxonomy: the first will lay down the “principles of a climate transition” while the second will list business activities that adhere to those principles.

So far, transition activities have been established for the Energy, Utilities and Forestry sectors, with Mineral-mining, Transportation, Agriculture and Materials (the latter covering steel, aluminium and cement) on their way. 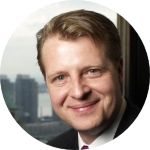 Peter Johnson“We’ve chosen those because they will be important and challenging sectors for Canada’s transition – they’re undoubtedly complicated in the context of climate change,” says Johnson, who is working on the taxonomy in his personal capacity, but is also Director of Environmental and Social Risk and Opportunity at Scotiabank.

Each of the seven areas covered has a dedicated sub-committee to develop the definitions, made up of experts from industry, academia, finance, investment and civil society.

“Entities in Canada have to balance climate science with social topics and economic dimensions, because that's the reality of a natural resource-based economy,” says Johnson. “This is the very first time that Canadian companies have sat down together, within their sectors and between sectors, and had meaningful conversations about climate transition. So there are some pretty important formative steps that have been put into place by this process.”

While the taxonomy focuses heavily on the Canadian economy, and the industries and sectors that make it tick, the ultimate goal is to create something more global.

Although market-led, the framework is being developed via the Canadian Standards Association, which is a member of the International Standards Organisation (ISO) that sets global standards on everything from shoe sizes to chair safety.

“There is a very strong opportunity for ISO to play one of the leading roles in creating something global,” says Johnson. “International standardisation around this topic is going to be needed very soon.” He adds: “We've had conversations with many other natural resource-based economies from around the world, and with folks in the EU and ICMA [the International Capital Markets Association, which hosts the Green Bond Principles]”.

ISO told RI that “developing a global taxonomy for sustainability investments is certainly an objective of ISO/TC 322” – referring to one of its technical committees. On its website, it describes the committee as seeking “standardisation in the field of sustainable finance to integrate sustainability considerations including environmental, social and governance practices in the financing of economic activities”.

A spokesperson for ISO said the committee had “just started defining a framework”.

“None of this is easy,” says Johnson. “But the important thing is that we have to get started.”