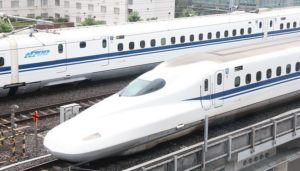 Last week in Tokyo, Japanese financial players came together in the Japan Green Bond Symposium. Local issuers like the Tokyo Metropolitan Government rubbed shoulders with financial giants such as Mitsubishi UFJ Trust and Banking Corporation at the event, a bid from the country’s Ministry of Environment (MOE) to further spur its domestic green bond market. There were even awards to recognise stand-out efforts in the area.

The symposium came shortly after the news that the Japan Railway Construction, Transport and Technology Agency (JRTT), the country’s giant state-backed rail company known for developing the Japanese bullet train (Shinkansen) network, would issue a ¥55.3bn (€436m) green bond to fund rail infrastructure improvements and network upgrades. The issuance – which Mizuho Bank acted as arranger for – was certified under the Climate Bonds Initiative’s Programmatic Certification process for large and repeat issuers, indicating that the firm is readying itself for further issuance. The bond from the renowned sub-sovereign is also expected to have wider influence on the Japanese market.

But Sean Kidney, Climate Bonds Initiative CEO, says these recent developments are “merely the culmination” of the workings of a much wider green bond ecosystem taking root in Japan.

Last year, annual green bond issuance totalled $4.1bn – up 22% from 2017, and positioning Japan’s green bond market in 12th place for the year globally. And a 90% increase on the market is projected for this year. “We’re pretty bullish about the growth of the market,” Kidney says.It’s come far since the Development Bank of Japan (DBJ) kicked the market off with a lone sustainability bond 2014. DBJ is the largest Japanese issuer to date, with the other top five issuers all being corporates – Mizuho Financial Group, Toyota Finance Corporation, Sumitomo Mitsui Banking Corp, and Mitsubishi UFG.

Kidney says the products are selling well among pension funds and insurers, and there is certainly evidence of investor appetite. Leading this has been insurer Nippon Life, which has already upped its ESG bond investment target for 2017-2020 from ¥200bn to ¥700bn having reached it early. Kidney says Japan’s Government Pension Investment Fund (GPIF) – the world’s biggest asset owner with a whopping $1.3trn in assets – is also saying it is looking for green bonds to invest in.

The symposium is just the latest MOE effort through its Green Bond Issuance Promotion Platform towards making it easier for stakeholders to tap into the market. 2017 saw the policymaker publish Green Bond Guidelines and setting up a Pilot Project for Green Bond Issuance. For its part, the Ministry of Finance’s Hideki Takada as Secretary General for the Green Finance Network Japan, launched officially at the symposium, which will bring together government departments and agencies to put Japan among “the select group of nations who have undertaken green finance initiatives to review and examine options for reform of their financial systems”.