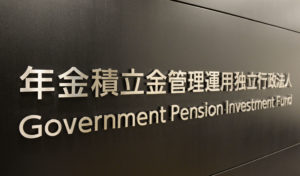 GPIF, which manages the vast majority of its $1.54trn portfolio passively, said that it had selected the two products based on the methodology, governance and transparency of the underlying ESG ratings. The fund also emphasised its preference for products which used public information to derive its ratings, saying that this “encourages ESG disclosure” by constituents.

This is in line with research suggesting that self-reported sustainability data is more accurate than third-party estimates by ESG providers.

Both the MSCI and Morningstar indices have outperformed their ‘mainstream’ peers over the past three and five years, with the former returning an average of 11.07% and the latter 7.49% over the past five years.

The Morningstar index has an above-market exposure to both UK and Australia companies on the basis of stricter gender diversity reporting and performance in those markets.

GPIF President Miyazono Masataka said that the fund had now “incorporated all elements of ESG in both our domestic and foreign portfolios”.

“Furthermore, a significant body of empirical research indicates that strong gender diversity has the potential to boost corporate performance,” he said.

According to a release, the fund is also eyeing new indices for investment including “tilted general ESG indexes comprising a large number of constituents for domestic equities”.

A key element of GPIF’s selection process is its Index Posting System (IPS), an internal mechanism for collecting index information from providers launched in 2019. Data in the IPS is aggregated and analysed on GPIF’s Index Data Entry and Analysis System (IDEAS) – a cloud-based analytics platform – to assess its alignment with GPIF’s ESG investing approach.

The move is also a sign that GPIF will continue its ESG focus despite the recent departure of former CIO Hiro Mizuno who was considered one of the fund’s most high-profile advocates for sustainability.