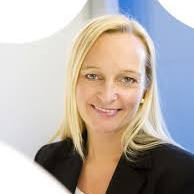 This week at KLP, Norway’s largest private pension fund managing over US$80 billion, we announced the clear-out of the last remaining companies which derive their energy from oil sands. These holdings represent around US$60 million in four Canadian companies: Cenovus Energy, Suncor Energy, Husky Energy and Imperial Oil which is actually 70% owned by ExxonMobil, and the Russia-based Tatneft PAO.

The US-based Devon Energy which has up to US$9 billion in assets was set to be divested from our portfolio universe but it is making the wise move to get out of Canada’s oil sands, opening the door to new potential cleaner suitors. This is another demonstration of a power company that is in transitioning away from a source of energy that is not compatible with the Paris agreement.

One look at an image of oil sands speaks a thousand words: in this day and age, investors and the public don’t want to be associated with an oil extraction practise that has been described as the worst in the world due to local environmental damage, community displacement and massive climate emissions.

But still, is divesting the right approach? There has been a lively ongoing debate about the impact of divesting, and we welcome the challenge from Bill Gates and others over the effectiveness of such investor action. As Tom Sanzillo, Director of Finance at IEEFA emphasised, it’s over-simplified to set up a dichotomy between pulling out of fossil fuel companies and proactively promoting low carbon initiatives: the divestment movement is also directly driving low carbon innovation. It is important to highlight the role we as investors can play by using the voice we have to clearly express what we believe the way forward is.

Therefore, every exit is an entrance: in parallel to divesting, we’re now spending US$660 million every year in climate friendly investments from solar power in Egypt to wind power in neighbouring Sweden. As a pension provider, investment in green energy makes sense as these energy projects will deliver a steady cash flow in the years to come.

This is how we have tried to contribute to the push towards more sustainability. We have chosen to go coal and oil sands free because these industries represent highly risky and environmentally damaging operations which can now be replaced by clean energy alternatives through renewable power like solar and wind, battery storage, and the growth of electric vehicles. For other investors it is important to find out how their organisations best can contribute.

Questions marks are rightly being raised by customers and in the media on what environmental, social and governance (ESG) really means in practice. This new buzz term is geared towards making money moral. Investment in ESG now amounts to US$23 trillion and three-quarters of investors say they want to get involved.As Morningstar analysis highlights 73 per cent of their ESG indices have out-performed their non-sustainable counterparts.

This should not be minimised as it shows rapid growth in what was just a few years ago a niche investment area. Yet while CEOs and major investors are willing and eager to take to the stage to boast about their ESG achievements, new analysis is showing that this just isn’t up to scratch. It’s just a small fraction of investors that are sincerely moving towards aligning targets to Paris. This must change, fast.

Scrutiny over sustainability is fortunately improving all the time. Largely undetected developments are underway day by day. Recently, for instance, the Norwegian private equity firm, HitecVision announced its redirecting of its traditional oil and gas investment to renewables following demand from its investors. And these investors are not merely Norwegians, they are mostly from the US (60 percent), Europe, Asia and the Middle East.

At the EU level, there will be a new taxonomy, classifying which energy meets environmental objectives. The current draft does not allow for fossil fuel to be classified as a “sustainable green economic activity”. This has the potential to shake up the European investment industry. In parallel, the European Investment Bank, the world’s largest multilateral lender, which has clocked up 1,182 billion Euros in investment in 162 countries since its inception, may be turning into a giant fossil free public bank which would echo around the world.

Even without these momentum global shifts which are on the near horizon, KLP’s fossil-free, eco-labelled global index equity fund investing in companies with strong ESG is steadily outperforming its benchmark, even if designed to track its benchmark.

So, to our fellow investors, manage your climate risk and act for climate: go oil sands and coal-free as quickly as you can. To consumers, we suggest you ask your pension fund, bank and insurance companies if they manage their climate risk and that investments are or will be free from these climate-destroying fuels.

The younger generation is the new powerful climate action force – Greta is being carried on the shoulders of a popular movement that we must react to with genuine and concrete actions. Customers of all age groups will increasingly hold us to account in this rapidly changing environment, so we must heed those calls by providing pension and investment opportunities that fit within the move towards a fossil fuel-free world.

Jeanett Bergan is Head of Responsible Investment at KLP.