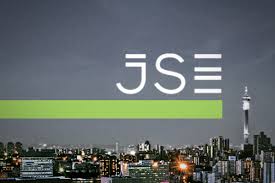 The Johannesburg Stock Exchange (JSE) has reported that its Socially Responsible Investment (SRI) index has garnered a record number of listed companies from South Africa since its launch ten years ago.

The exchange evaluates the 156 companies traded on the FTSE/JSE All Share according to certain environmental, social and governance (ESG) criteria, including, for example, climate change. The exchange relies on ESG research provided by EIRIS of the UK for the evaluation.

This year, the JSE said that 82 of the 156 listed companies qualified for inclusion. This compares with 72 in 2013 – a year in which the number actually declined.

The JSE added that of the 82 firms, eight had joined the index for the first time and nine were top performers. Among the latter were mining giant Anglo American plc; Vodacom, the South African arm of telecoms giant Vodafone; and Standard Bank, which has been a member of the JSE SRI index since 2007.

The JSE also said that 92.9% of the firms in its SRI index met the overall governance criteria. Also, two-thirds of the companies fulfilled the index’s social and environmental requirements. That said, the exchange noted a “downward trend” in social performance reporting.

“Ten years since its creation, the legacy of the SRI index has contributed to driving maturity in sustainability management as well as expanded disclosure,” said Corli le Roux, Head of the JSE’s SRI Index. “We would like to congratulate the new companies and the bestperformers for their commitment to being transparent in applying ESG principles to their business.”
In related news, French ESG research firm Vigeo announced the results of its biannual review of the seven SRI indices it runs jointly with the Euronext exchange. Among the biggest changes were the ejection of supermarket chain Tesco from the Euronext-Vigeo UK 20 index as well as the removal of Microsoft Corp and the airlines United and Southwest from the Euronext-Vigeo US 50.

Tesco’s ejection follows its recent accounting scandal. When the indices were launched in the spring of 2013, Vigeo said entrants would have to rank highly on the environment, human rights, corporate governance and integrity/corruption.

Meanwhile, the Brazilian exchange BM&FBOVESPA said four new companies would join its 40-member Corporate Sustainability Index (ISE) as of January 5. They are: JSL, B2W Digital, Lojas Americanas and Lojas Renner. The ISE’s members have a combined market cap of BRL1.22trn (€381bn), which is half the figure for all firms traded on the bourse.

And finally, Swiss-German index provider STOXX says it has licensed the iSTOXX Europe ESG Select 30 index to US banking giant JP Morgan for a structured product. According to STOXX, the index in question draws on stocks from the STOXX Global ESG Leaders Index and then screens them for those that pay high dividends and are of low volatility.