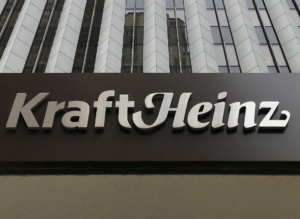 US SRI firm Green Century has filed a shareholder resolution at Kraft Heinz calling on the US food giant to report on how it is responding to growing consumer demand for more sustainable plant based alternatives to meat.

The Boston-based investor is concerned that the company is falling behind competitors and is asking it to report to shareholders on its “long-term strategy towards protein diversification within its product catalogue”.

It describes Kraft Heinz’s publicly stated goals and ambitions on the issue to date as “woefully inadequate” when compared to peers such as Unilever and Conagra.

The board at Kraft Heinz has opposed the resolution, which will be voted on at its annual meeting in Pittsburgh on September 12, stating in its proxy statement that such a report is “unnecessary” given its “public statements, track record and current programs related to diversification of our products”.

In 2016, Green Century filed a similar proposal at Tyson Foods but withdrew it after the US meat producer announced a 5% stake in Beyond Meat, the California-based vegan burger maker whose share price has soared since its initial public offering in May.

That stake was sold in April but the Arkansas-based firm has since unveiled its own alternative protein line, Raised & Rooted.Swiss financial group UBS estimates that the plant-based meat alternatives market could be worth over $85bn in the next 10 years – up from $4.6bn currently – driven by consumers’ growing awareness of the implications of the meat sector on health, the environment and animal welfare.

Questions have raised about the meat industry’s compatibility with a 2°C world, most recently in the report from the Intergovernmental Panel on Climate Change on land use.

In its proxy memo on the Kraft Heinz resolution, Green Century highlights that the company’s largest customer, US retailer Walmart, is asking suppliers to provide more plant-based products as an example of how critical it is that the company responds to the shifting market.

Critics have reportedly claimed that cuts at Kraft Heinz, which is backed by private equity firm 3G Capital and Warren Buffett’s Berkshire Hathaway, have been made at the expense of investing in growth.

A spokesperson for Green Century told RI that Kraft Heinz “has not been responsive at all” to its concerns.

Both ISS and Glass Lewis have not yet published their voting advice on the resolutions.