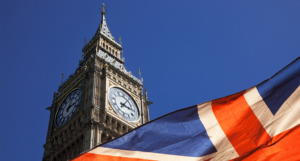 The UK’s sustainable finance industry group has called on the government to expand the scope of planned mandatory transition plans to large private companies, as it warned against the “serious threat of greenwashing”.

In a policy briefing sent to the government today, UKSIF  said it “would like to see” mandatory transition plans brought in for the largest private companies, who will already be required to produce TCFD reports. However, mandatory plans should only be brought in for any market participants when “a common, shared definition of a ‘good-quality’ transition plan has emerged”.

It follows the announcement by the UK government in October that “certain companies” will be required to publish transition plans and that these disclosures will be incorporated in planned Sustainable Disclosure Requirements (SDR). A factsheet published in November said the mandatory transition plans will initially cover asset managers, regulated asset owners and listed companies.

“From this, it seems quite clear to us that private companies won’t be subject to mandatory transition plans,” Oscar Warwick Thompson, UKSIF’s Senior Policy and Communications Manager, told RI, adding this group should also be captured in the government’s final rules.

“TCFD’s application to large private companies sets a precedent in our view, and it would be an important step to take particularly with many of our members considering higher allocation to private markets in future,” he added.

UKSIF’s Chief Executive James Alexander said the government needs to “comprehensively address sustainability risks and tackle the serious threat posed by greenwashing”, through initiative such as the SDR regime and UK Green Taxonomy.

Overall, the UKSIF briefing is broadly supportive of existing government policy. It calls for “continued strong signals” that engagement should be prioritised over “an exclusive focus on divestment”, and joins the government in opposing mandatory Net zero commitments. Such commitments, it says, may lead investors to offload their most carbon intensive assets to “investors operating in opaque private markets”, and could cause green asset bubbles.

Notably, the UK government has, however, said divestment should be an option in some cases. In its roadmap, it said it expects pension funds to consider “withholding capital” or divesting from a company when it isn’t “taking appropriate action” on Net Zero.

Meanwhile, UKSIF supports efforts to embed double materiality into legislation, and the briefing calls on investment managers to quickly implement the recommendation of the Taskforce for Pension Scheme Voting Implementation that asset owners should be given the opportunity to set ‘expressions of wish’ for how votes are exercised on their behalf.

However, the briefing does raise some concerns, warning that any changes to trustees’ fiduciary duties “should only be considered after careful consideration and extensive industry consultation”, given the “potential for unintended consequences”.

In terms of further steps, UKSIF encouraged the government to consult on a transitional and social taxonomy as part of next year’s net-zero finance strategy.

Finally, the briefing says that much greater clarity is needed over plans for public investment in the green economy, and how the levels of public and private investment needed to hit Net Zero plans will be met.

UKSIF said that the briefing had been drafted in “very close consultation” with its policy committee, which includes representatives from Aviva Investors, M&G and Jupiter Asset Management, but there is no suggestion that it reflects the views of the managers themselves.