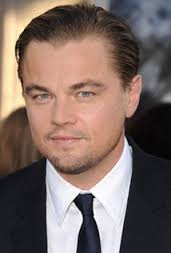 Jeremy Grantham, the ‘G’ of investment management firm GMO and a leading climate philanthropist, has also backed the initiative.

It comes as other island states threatened by climate change have voiced interest in similar deals to renegotiate their sovereign debt to bolster climate adaption.

The Seychelles deal, covering a huge swathe of ocean, has been arranged by US-based environmental charity Nature Conservancy, via its NatureVest arm. The Seychelles government will be loaned money to buy $27.3m of sovereign debt from its South Africa and Paris Club creditors.

Part of the new refinancing deal will include a commitment to enhance marine conservation and climate adaptation in the 115-island archipelago, whose low-lying geography makes it vulnerable to climate change.

Seychelles President Jean Michel said: “Through this debt swap we are mobilizing additional resources to both protect the most sensitive and vulnerable marine resources while also embracing the full potential of our blue economy.”

The Nature Conservancy has provided a low interest loan of $20.9m and secured $1m in grant funding from the Leonardo DiCaprio Foundation, which catalyzed a further $4m in grants from the Grantham Foundation and others. Grantham is known for funding the London School of Economics’ Grantham Research Institute on Climate Change and the Environment and a similar body at Imperial College.

The debt will be issued to the Seychelles Conservation and Climate Adaptation Trust. Over a 20-year period, proceeds will be used to finance marine conservation and climate adaptation, capitalize an endowment to finance work in the future and repay NatureVest, which was set up with the support of JPMorgan Chase in 2014.The Climate Adaption Trust’s board will include NatureVest’s senior director of product development Rob Weary, as well as government and civil society figures, local NGOs, the chambers of commerce industry and the Seychelles’ Hotel and Hospitality Association. NatureVest predicts it could disperse around $470,000 a year over 20 years to finance climate work and create an endowment of $6.5m over that time.

Speaking to Responsible Investor about the deal, Weary said DiCaprio had a long interest in conservation, taking a year away from acting to raise money for the cause. “He raised $37m in one auction and dedicated half of that to marine conservation,” said Weary.

Weary continued that the DiCaprio Foundation, and the other supporting grantmakers were especially interested in so-called “no take” fish replenishment zones. It’s hoped this would result in an increase in biomass and biodiversity, and local fishermen would be incentivised to patrol the zones.

Weary said the Seychelles deal had prompted much interested at the COP21 talks in Paris in December with Jamaica, Grenada, Palau and the Republic of Marshall Islands expressing interest.

Weary said NatureVest was in talks with the countries and their creditors to see if deals were viable and predicted that some could close by the end of 2017. He said development banks had expressed interest in providing loan finance.

“The deal arrangement will be quicker. The Seychelles took four years and now we have proof of concept,” he said.

The Nature Conservancy is headed by former Goldman Sachs partner Mark Tercek. The chair of its trustee board is Craig McCaw, the telecoms mogul. Its board members include David Blood, senior partner at Generation Investment Management, Jack Ma, founder of online giant Alibaba Group and Frank Loy, the former US undersecretary of state for global affairs under President Clinton.