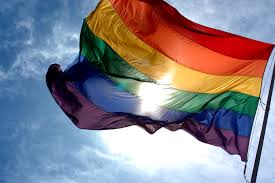 Last month, CalPERS (the California Public Employees’ Retirement System), the largest US pension fund, made a bold statement by releasing a report in which it emerged that it was divesting from two London-listed Russian companies – MegaFon and Mail.ru.

According to their Emerging Equity Markets Principles policy and individual company research by MSCI, both companies were put on a ‘Red Flag’ list, resulting in their exclusion from CalPERS’ internally managed portfolios. The reason? Both companies and their affiliates invest in a website which hosts a neo-Nazi and homophobic group called “Occupy Pedophilia”.

LGBT (lesbian, gay, bisexual and transsexual) communities around the world are subject to a variety of unique human rights violations that other segments of the population are not. For employees at companies, this may include discriminatory workplace and hiring practices and harassment. In many respects, LGBT diversity represents the final frontier for equality at the workplace. It is a hidden diversity group, and in many countries, societal pressure ensures it stays hidden.

From a company’s perspective, staff retention and worker productivity can be affected and reputational damage has to be accounted for, particularly considering the purchasing power of an estimated $3trn (€2.2trn) LGBT market.

Aligning an institution’s investments with an understanding of and respect for LGBT rights is not altogether new, but when the largest public pension fund in the US makes its voice heard, corporate HQs are likely to listen.

But is divestment the only solution open to investors?

According to Alistair Stewart, Assistant Director at Kaleidoscope Trust, an LGBT-rights charity, divestmentcampaigns are effective in certain, very specific circumstances. With different degrees of criminalisation around the world, different tools work with differing efficacy. Some in-country LGBT activists would welcome divestment campaigns to draw focus on worsening legislative environments; Uganda and Nigeria would be good examples.

However, in most countries, divestment campaigns are frowned upon. Anything that is seen to entrench that poverty (aid conditionality for example) is in most cases off the table for fear of fostering domestic backlashes.

“In my experience the options open to corporates operating in criminalising environments tend to be limited, and largely focus on ways to protect their staff,” says Kaleidoscope’s Stewart. “This may explain some of their difficulty in talking to investors about risk-mitigation. They really don’t seem to have a lot of effective options. Still there are a few interesting examples of using workplace non-discrimination policies and global LGBT employee networks to effect some sort of positive change.”

The firm provides private equity impact investments into LGBT-friendly businesses and projects, mostly in Asia, but is also working on SRI investment opportunities that focus on companies promoting LGBT diversity.

Last year LGBT Capital helped develop the Credit Suisse LGBT Equality Index – a capitalization-weighted equity index that measures the performance of US companies recognized for supporting and promoting equality for members of the LGBT community.

This year, LGBT Capital is looking to launch a long-only equity investment fund, managed in London, that screens companies from an LGBT diversity perspective. According to Thompson, most investment opportunities currently lie in US, UK or Europe.

“We’ve spent three years building the model,” he says. “There’s an opportunity for investors interested in screening their investments from an LGBT SRI perspective that also have the potential for investment returns. Companies that integrate LGBT concerns into their business models will be smart companies that are more likely to adapt to changes in their market.”

“When it comes to ‘the stick versus the carrot’, we tend to think that the gentler approach is best. It’s better to engage with companies about the issues they face and convince them that what they’re doing is not only wrong but could be damaging their business. And when you look at the higher disposable income in the LGBT market, becoming an LGBT-friendly brand should be a no-brainer.”The parallels with ‘mainstream SRI’ are clear. In the UK, incentivising change in corporate culture through investment strategies such as positive impact investment portfolios and engagement has always eclipsed excluding negative ‘sin stocks’, according to biannual SRI market research by Eurosif. This is particularly true of pension funds.

“I think that particularly in the domestic or western sphere, positive investment strategies could play a very useful role in encouraging LGBT-inclusive policies in companies and really act to strengthen and add relevance to equality indexes such as Stonewall’s and HRC’s,” says Stewart. “If LGBT-focused products encourage investment in listed companies, they can add some tangible weight to the already accepted arguments that diversity is good for business, encourages innovation and improves staff performance.”

Raj Singh is an independent SRI consultant and writer.