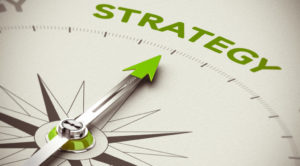 The US arm of Legal & General Investment Management (LGIMA) has teamed up with the Environmental Defense Fund (EDF) to “define science based, sector-specific climate leadership expectations”.

In an EDF blog yesterday, the influential environmental body revealed that the expectations will underpin LGIMA’s corporate engagement efforts in a bid to push companies to produce “tangible results” on climate. Initially, the partnership will focus on Oil & Gas and transportation firms.

LGIM, which manages assets of around $1.7tn, supported 100% of “climate-critical resolutions” tabled during the 2020 AGM season, according to EDF’s blog.

Last month it revealed it had dropped US insurer AIG, the state-owned Industrial and Commercial Bank of China, US utility PPL Corporation and China Mengniu Dairy from selected funds over climate concerns. The asset manager exited the four companies in accordance with its Climate Impact Pledge programme, which sets out minimum sector-based climate requirements, or ‘red lines’, for companies included in its actively-managed portfolios.

In another move by investors to bolster the credibility of corporate climate transition plans,  more than 50 large investors today demanded that firms publish and offer shareholders an annual advisory vote (known as a ‘say on climate’) on Net Zero plans. The statement from the $14tn coalition was coordinated by the Institutional Investors Group on Climate Change, and also calls on companies to identify a director responsible for their climate plans. Investor signatories argue that such corporate governance measures would hold companies to account over climate pledges.

However, not all investors are sold on ‘say on climate’ votes, which were the brainchild of UK hedge fund manager Sir Chris Hohn and his firm, The Children’s Investment Fund. Representatives of US public pension giants CalPERS and the Office of New York City Comptroller both raised concerns earlier this year about the campaign, warning that such votes could unintentionally take the heat off directors and result in the ‘rubber stamping’ of insufficient climate plans.