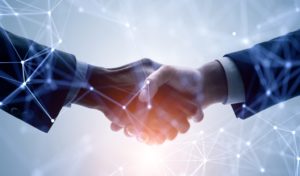 Swiss financial group Lombard Odier has taken a stake in sustainability-focused consultancy and investment firm SYSTEMIQ for an undisclosed sum.

It is the first banking group to buy into the London-based firm, which was set up by two former McKinsey veterans, and whose board is chaired by the high-profile climate economist Lord Nicholas Stern.

Lombard Odier’s investment was part of a recent capital raise by SYSTEMIQ that also attracted the family office of German construction company, Goldbeck, and Andre Hoffmann, the heir to Swiss healthcare giant Roche.

Lombard Odier, which manages assets of CHF352bn (€337bn), has been a client of SYSTEMIQ for two years, collaborating on its sectorial transition roadmaps and sustainable investment methodologies.

The deal will see the pair, which both hold ‘B-Corp’ status, work together more closely, including Lombard Odier using “SYSTEMIQ’s innovative platforms to verify and optimise its sustainable investment offering for clients”.

SYSTEMIQ has also announced a restructuring which will see founders Martin Stuchtey and Jeremy Oppenheim – both ex- partners at consulting titan McKinsey & Co – hand over executive leadership to Taraneh Azad and Guido Schmidt-Traub, who joined the firm in 2019 and 2021, respectively.

Azan spent more than a decade at Goldman Sachs, working in commodities. Schmidt-Traub is a climate change specialist and former Executive Director of the UN-backed Sustainable Development Solutions Network.

Stuchtey and Oppenheim will take new roles in the company and will remain shareholders and board members.