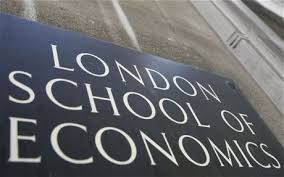 The London School of Economics (LSE) – berth of leading climate economist Lord Stern – has today committed to divesting its £97.2m (€138.4m) endowment of coal and tar sands as it announces it will support a transition to a low-carbon economy.

It is the latest high-profile institution to decide to exit coal in the run-up to COP21. This week alone, German insurer Allianz dumped coal as did Swedish bank SEB, while France’s €300bn Caisse des Dépôts et Consignations sovereign wealth fund tightened a blacklist of thermal coal companies to include those with up to 25% of their business in the sector.

In a statement on its website, the LSE Council released a new socially responsible investment policy which states that the university will not invest in companies significantly engaged in coal and tar sands. It will also avoid investments engaged in tobacco manufacture and indiscriminate armaments.

The new SRI policy also says that, where possible, LSE will switch its passively managed equity investment into funds which track indices which more closely meet its SRI objectives, such as the FTSE4Good UK or Global Indices. Link

LSE divestment campaigners expressed disappointment that the school will continue to indirectly invest in oil and gas companies, though they said the divestment from coal and tar sands was a step in the right direction.

Gabriel Davalos, an LSE alumni said: “Big oil is not part of a sustainable future. Oil companies like BP and Exxon show which side of history they are on when they fund climate-sceptic politicians in the US. LSE should divest from all fossil fuel companies.”

Andrew Taylor, Campaigns Manager at People & Planet which has supported LSE divestment campaigners said: “With 18 UK universities now divesting, we need ways that these institutions can invest in the new low-carbon infrastructure which society desperately needs. Some local authority pension schemes are already investing directly in community controlled renewable energy, but we need to see ways that smaller institutions like universities can get involved.’

The LSE’s Professor Lord Nicholas Stern, chair of the Grantham Research Institute on Climate Change and the Environment, is a leading figure in climate research. His Stern Review on the Economics of Climate Change in 2006 for the UK government called climate change the greatest market failure ever seen.