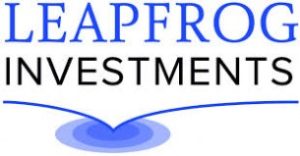 Australian superannuation funds Hesta and Christian Super have emerged as backers of a $400m socially responsible investment fund managed by LeapFrog Investments, signalling that pension funds are increasingly dipping into the social and impact investment space. LeapFrog Investments, a private equity firm backed by George Soros and JP Morgan, has raised the $400m for socially responsible investments in Asia and Africa in what it calls the largest ever fund specializing in low-income emerging market financial services. The fund will make equity investments of $10-$50m in Ghana, Kenya, Nigeria, South Africa, India, Indonesia, the Philippines and Sri Lanka in companies providing insurance, savings products, pensions and payments services to customers earning under $10 per day. LeapFrog said the fund was three times the size of a previous, similar capital raising and was oversubscribed, suggesting increasing popularity of impact and social investment. Hesta Super (AUS$24.3bn) is the Australian superannuation fund for workers in health and community services and Christian Super (AUS$878m), is the superannuation fund for the Christian community in Australia. Both are know as prominent supporters of responsible investment.Pension fund backing for the social investment space has also been growing in the UK. Bridges Ventures, the London-based specialist fund manager for sustainable and impact investments, has announced the final close of its £25m (€31.4m) Bridges Social Impact Bond Fund. The investors include the £13.3bn Great Manchester Pension Fund and the £5.2bn Merseyside Pension Fund, which both invested as part of a recently announced UK pension fund impact investment pool. The Bridges fund invests in early intervention social care programmes for education, employment, housing and care for vulnerable young people. Bridges said the fund, which reached a first close at £14m (€17.6m) in April 2013, was oversubscribed for the £25m final close. Other investors include the European Investment Fund, Deutsche Bank, The Prince of Wales’s Charitable Foundation, Trust for London and The Highwood Foundation. $The fund has already invested in two early intervention schemes in the UK: a social impact bond programme to find adoption for hard-to-place children, and another to help young people with emotional and behavioural difficulties move back into family settings.