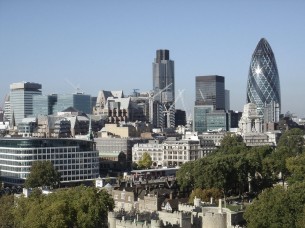 The £4.1bn (€4.6bn) London Pension Fund Authority (LPFA) has handed Robeco, the Dutch fund manager, its first UK contract to act on its behalf for shareholder voting and corporate engagement. Robeco, which already carries out voting and engagement for Dutch pension fund clients, will look after about £1bn in global equities in the LPFA’s segregated portfolio. The two-year contract is the first that the Dutch manager has picked up in the UK, and is likely to see it try and further build market share against other UK combined voting and engagement providers such as F&C and Hermes. LPFA said the appointment had been made after a significant review of the fund’s voting and engagement practices. Aled Jones, investment manager at LPFA, who carried out the review, said the pension fund’s segregated equities managers, MFS, Newton and Blackrock, voted their shares, albeit with varying degrees of involvement. But he said the pension fund was looking for more consistency in its voting policy: “In some cases across our fund managers you might have one voting against a company on an issue, with another voting for. In the review we found that fund managers are not particularly well set up to be proactive with their clients in terms of voting. Technically, we could already override the way our managers vote. But what that means in practice is that on a certain issue you have to go to the fund manager and ask them to do so. Quite often they couldn’t give us a satisfactory answer to what we wanted. Some said it would be difficult to strip out a certain vote on a resolution. One manager even told us that they wouldn’t’ be able to tell us how they’d voted on a certain issue until it had happened, which didn’t impress us terribly!” Jones said the LPFA thinksthere is “a real problem” with the voting process, citing impediments such as workable electronic communications systems and a lack of vote recognition. “Another major problem is that companies are under no legal duty to tell you whether your vote has been processed. Everyone seems to know about these problems, but no-one wants to do anything about it because of the cost. The plumbing of the voting system isn’t good.” In an interview with Responsible Investor earlier this week, Lord Myners, the former UK Financial Services Secretary, said the Institutional Investor Committee (IIC), the joint engagement body of the National Association of Pension Funds, Association of British Insurers and the Investment Management Association, should be looking at the voting process, which he said was: “defective…because votes get lost or are not processed.”
Jones said that LPFA’s long-term plan was for full voting and engagement responsibility to be returned to its asset managers and he said it would keep pressure on them to evolve their services: “In the medium term, Robeco is a good solution with a strong team that is able to leverage information through sister manager SAM and Rabobank its parent. They are very committed and we’re pleased to bring some more competition into the UK market.” Looking forward, Jones says LPFA will start considering specific areas where it will ask Robeco to engage with companies. He mentions one area as its support for initiatives such as the Institutional Investors Group on Climate Change, the Carbon Disclosure Project and The Local Authorities Pension Fund Forum. He says the fund is also examining what it might do for the approximately £500m it holds in passive equities.