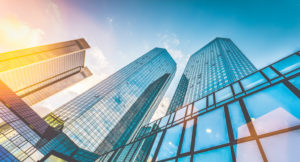 A total of 16 banks with operations in Germany, have pledged to bring their loan and investment portfolios in line with the Paris Agreement.

Signatories include major domestic banks such as Deutsche Bank, Commerzbank and HypoVereinsbank, and subsidiaries of foreign lenders such as ING, BNP Paribas and Standard Chartered. The banks say they represent assets worth more than €5.5trn and over 46 million German customers.

According to the voluntary initiative, signatories commit “to finance the transformation towards a low-emission and climate-resilient economy and society, to limit global warming to well below 2 degrees and to strive for the 1.5-degree target” by 2050.

Currently, the pledge applies only to each bank’s own investment portfolio and not portfolios managed on behalf of clients as part of their fund management business. Banks will still work to bring client assets in line with Paris, but without committing to “any fixed timing”.

By the end of 2022, participating banks will develop mutually-agreed methods to assess the climate performance of their lending and investment activities, and report on their individual progress annually. Climate performance will be benchmarked against “national and international climate targets”.

The initiative, which sprang from sector engagements by Dutch sustainability-specialists Triodos Bank and a parallel WWF banking group, aims to support a 2019 pledge by the government to “make Germany one of the leading locations for sustainable finance”.

Silke Stremlau, CEO of signatory Hannoversche Kassen, said: “We support the voluntary commitment of the German financial market players, since we cannot just wait for the regulations from Brussels and Berlin. In the climate crisis, courage, pragmatism and innovative strength are therefore required by all of us.”

The initiative welcomes participation by other German banks.

German environmental NGO Urgewald responded sceptically to the news, saying that it was “questionable” whether the banks would meet the goals of the Paris Agreement based on their pledges. Kathrin Petz, a Finance Campaigner from the group, criticised the exemption made for portfolios run by the banks on behalf of clients, pointing out that such portfolios “generally comprise significantly larger sums than the banks' self-managed investments”.

Petz said: “The initiators must be more specific: What measures are needed to achieve climate neutrality before 2050 if possible? Which interim goals will the banks set by 2021, 2025 or 2030? A more detailed, comprehensive plan is needed if the targets are to be achieved.

“Instead of ineffective voluntary commitments like this, the legislator should specify requirements based on the 1.5 degree target of Paris. The Federal Government should use its EU Council Presidency to set climate guidelines for the financial sector at EU level.”

The banking sector’s move comes soon after a public consultation for Germany’s national-level sustainable finance strategy; feedback to the consultation can be viewed here (German only). The strategy’s development is being led by a government-appointed Sustainable Finance Advisory Council drawn from the financial sector, industry and civil society, and headed by Karsten Löffler, Co-Head of the Frankfurt School of Finance and Management.

Last month, the German Government concluded a research project assessing the sustainability practices of major listed European companies against the EU Taxonomy, ahead of Germany’s upcoming presidency of the EU Council in July. The survey is expected to inform the development of “sustainable, climate-friendly” economic recovery plans within the EU post-COVID19.