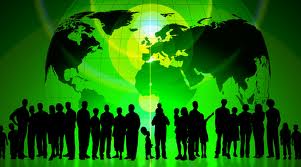 “LGS is proud to be the ultimate owner of part of this IFC Green bond issuance,” said Bill Hartnett, Head of Sustainability at Local Government Super. “The green bonds appeal to LGS on many fronts. They are triple-A-rated notes with competitive terms. They are financing much needed green infrastructure projects globally.”

“The bond sets a precedent as the largest green bond issue to date and was principally allocated to socially responsible investment portfolios,” the IFC said.

The large size of the bond, available globally, was aimed at addressing the demand from the “increasing number of investors interested in climate-related opportunities”.The IFC said it is ramping up its climate-related investments because the private sector can play a leading role in addressing climate change.

Proceeds from the bonds support emissions reduction projects. To date, the IFC has issued about $2.2bn of green bonds.

“The green bonds appeal on many fronts” – Local Government Super

Meanwhile, the Institutional Investors Group on Climate Change (IIGCC), which represents European investors and asset managers with a combined asset base of around €7.5trn, have urged the European Parliament to back a proposal that would allow the European Commission to postpone an auction of carbon permits. The issue goes to a vote on February 19.

“The collapse of the carbon price and the direction of EU energy policy are creating uncertainty amongst investors concerned by climate change and weakening the case for investment in Europe’s low-carbon sector,” said IIGCC Executive Director Stephanie Pfeifer.

“A properly functioning Emissions Trading Scheme is essential to the financing of Europe’s low-carbon future and critical to tackling the dangers of climate change.