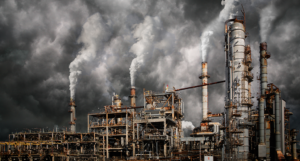 Researchers have identified a causal link between divestment and reductions in company carbon emissions in a ground-breaking study of 4,500 investment funds.

Academics at the University of Augsburg claim to be the first to provide empirical data on the effects of divestment on share prices and carbon emissions by tracking the divestments of high-carbon stocks from more than 4,500 equity funds with a total of $5.7trn in assets. Divested stocks returned on average -6.5% in the two years following their sale, performing worse than both retained stocks and those likely to have been divested for non-environmental reasons.

The researchers claim that the stock price drop caused by divestment incentives companies to decarbonise. Their data shows corporate emissions decreasing by an average of 2.4% over the four years following divestment, whereas emissions from non-divested companies increased over the period. The evidence collected shows “cautious but consistent empirical evidence” of a causal link.

‘Despite all the prophets of doom and critics, this scientific contribution makes it unmistakably clear that divestment has an effect on the real economy’ – Tommy Piemonte

The study includes controls for the effects of shareholder engagement and other related share price pressures such as profit warnings and index changes, with pre-divestment financial performance also taken into account. It also rules out a general price decline among high-carbon stocks.

The authors conclude that “divestment can be an effective tool that private, institutional and public investors can use to motivate carbon intensive firms to reduce their carbon emissions […] if the divestment is focused and targeted as a critical mass of investors applying the necessary decarbonisation pressure”.

“Despite all the prophets of doom and critics, this scientific contribution makes it unmistakably clear that divestment has an effect on the real economy. This argument, which has so far been put forward by divestment supporters rather theoretically, and which in practice has been publicly "comprehensible" in few examples, e.g. divestment from the apartheid regime in South Africa, can now no longer be explained away”, he said.

“In the eyes of BKC, both divestment and comprehensive engagement with shareholder activism and criticism are part of an effective toolbox for a credible ethical-sustainable investment strategy. And this study underpins our position on this”.

Ben Pincombe, Head of Stewardship, Climate Change at the Principles for Responsible Investment said that the group welcomed any academically rigorous study which delivered meaningful insight on the impact of investor tactics, but stressed that engagement still had a role to play.

“In terms of divestment as a tactic, we know this can be an impactful tool in certain circumstances, but limiting in others – with the potential for unintended consequences in terms of addressing real world outcomes. Indeed for many passive investors and universal owners, divestment may not be an option. As such, stewardship and engagement remain powerful levers for investors in addressing systemic risks like climate change – no engagement tool is without potential downsides and as such we favour an approach which utilises a range of methods whilst simultaneously working to increase the effectiveness of tactics such as stewardship”.