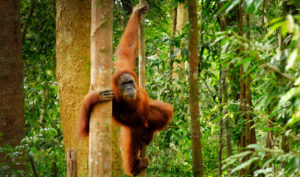 Malaysian banks have been asked to report their exposures to green and polluting economic activities from this year onwards, using a soon-to-be released taxonomy.

After a public consultation and a pilot exercise undertaken by 12 banks last year, Malaysia’s central bank, Bank Negara Malaysia (BNM) is preparing to publish the final, principles-based taxonomy by the end of March.

Banks will be expected to report their exposure via a specialised template provided by BNM. While there are no penalties for non-compliance, banks are “strongly encouraged” to adopt the taxonomy, the supervisor said to RI.

Currently, only licensed commercial banks will be required to report their alignment, although it is hoped that the taxonomy will serve as a guide to asset managers and other financial institutions in the country.

The Malaysian green taxonomy is based on five guiding principles: climate mitigation, climate adaptation, doing no significant harm to the environment, supporting the low-carbon transition and prohibited activities. Economic activities are put into six buckets, including one for activities that support the reduction of emissions and improve resilience, and another that indicates involvement in prohibited activities.

According to RI’s recent interview with BNM Governor Nor Shamsiah, the introduction of taxonomy-aligned disclosures could provide the basis for “differentiated regulatory treatments” of assets in the future. While such approaches have been discussed by supervisory institutions in Europe for some time, they have not received mainstream acceptance. The European Banking Authority has been tasked with producing a study on the subject by 2025.

If Malaysia does introduce rewards or penalties for financial institutions based on environmental performance, it would become one of the first jurisdictions in the world, together with China, to do so.

In addition to taxonomy-disclosures, Malaysia’s Joint Committee on Climate Change (JC3) – a body chaired by BNM and the Securities Commission to coordinate the national sustainable finance agenda – has announced it is developing guidance on TCFD-aligned disclosures, risk management and scenario analysis, and will establish a dedicated workstream to identify crucial climate and environmental-related datasets.

The guide to climate risk management and scenario analysis is expected to be released for public feedback by the end of this year.

The moves from BNM come soon after the Monetary Authority of Singapore, a regional peer, published its own version of a green taxonomy for market feedback. Singapore has similarly committed to develop principles-based criteria and detailed technical thresholds for assessing institutional alignment to its taxonomy.

Separately, the Climate Bonds Initiative (CBI) and regulatory agency Capital Markets Malaysia (CM2) have released a joint report today highlighting 13 Malaysian green infrastructure projects that are open to “potential investment and development”. The projects were assessed for eligibility against the Climate Bonds Taxonomy and Sector Criteria.

In addition, the report provides an overview of the ongoing regulator-led initiatives on sustainable finance in Malaysia and an analysis of current trends in global and domestic green sukuk (a bond equivalent which complies with Islamic laws).