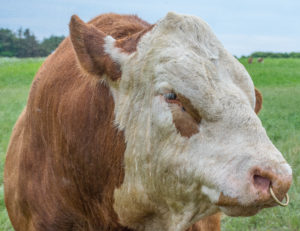 Today, the world’s top climate scientists have said that meat has little place in a 2°C world. The UN’s Intergovernmental Panel on Climate Change (IPCC) has released a report on land use, in which it warns that “dietary choice can have severe consequences for land”, recommending “sustainable diets [that] are high in coarse grains, pulses, fruits and vegetables, and nuts and seeds” and low in “energy-intensive animal-sourced” foods.
It’s bad timing for Brazil’s Marfrig Global Foods. The second biggest beef producer on the planet last week sold $500m in ‘sustainable transition’ bonds, joining Repsol in the ESG hall of fame: a major carbon emitter in an industry whose very existence threatens to scupper the Paris Agreement, selling bonds to finance sustainability improvements. And, like Repsol’s deal, it has divided the market.
Francesca Suarez, an ESG analyst at French responsible investment house Mirova says Marfrig’s efforts, which focus on improving the social and environmental standards of its vast supply chains, are very welcome.

Marfrig’s bond will not finance a transition to a low-carbon business model, and the firm has no public plans to make such a transition. Its choice of label may prove to be a setback for the embryonic ‘transition bond’ market, putting other issuers off and confusing an already chaotic conversation. But, when responsible investors spend so much time calling for transparency – championing the likes of CA100+, CDP and the TCFD – it’s easy to see why Marfrig felt that upping its disclosure would be enough to put it in the game.