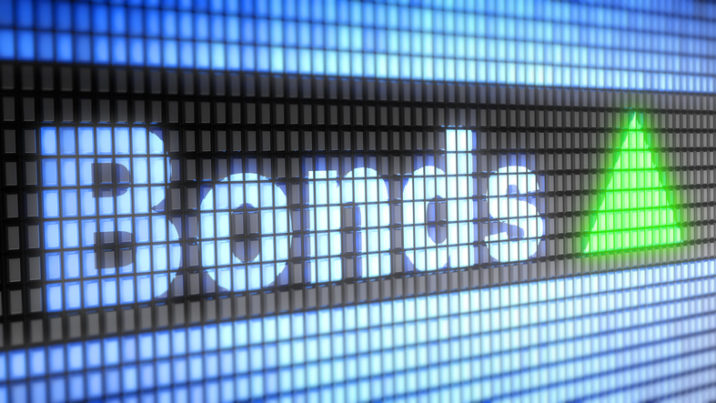 The fixed income market is “fixated” on step-ups of 25 basis points for sustainability-linked bonds, the head of sustainable fixed income at Federated Hermes has said.

Speaking at a webinar hosted by the Anthropocene Fixed Income Institute (AFII), Mitch Reznick said that having 25bps as the market standard for SLB step-ups meant that the incentive to meet targets associated with bonds was disproportionate based on company size. He noted that, with 60 percent to 65 percent of SLBs carrying a step-up of 25bps and upwards of 80 percent paying 25bps or below, step-ups “have relative value in terms of serving as an incentive”.

If a smaller company fails to hit its targets, the step-up can be “quite meaningful”, he added, but a smaller step-up for a larger company “has no financial materiality at all”. Federated Hermes has previously suggested linking step-ups to the EBITDA of a company.

Yvette Babb, a fixed income portfolio manager at William Blair, suggested that this approach could also be taken by sovereigns going forward. Chile’s SLB, the only such bond to be issued by a sovereign, has a 25bps step-up linked to two targets, with a 12.5bps increase per target missed. Babb said that a similar correction could be made to sovereign SLBs, whereby the step-up is based on a percentage of revenue or GDP, to make the penalty “slightly more burdensome”.

Other webinar participants also made suggestions to improve the pricing dynamics of the label. Ulf Erlandsson, AFII CEO and a former bond trader at AP4, suggested that SLBs could be used to solve the cost of capital problem for transitioning companies. At present, the most significant emitters often pay higher coupons on debt raises when they visit the bond market – Australia’s Port of Newcastle, for example, ended up paying 2 percent over fair value for its credit rating for a dollar debut in November last year.

Erlandsson suggested companies could secure financing at a lower rate initially, with a significant step-up to a more punitive rate if they failed to begin their transition, giving the hypothetical example of a thermal coal company that would see its coupon double halfway through the life of the bond if it failed to cut production.

However, Erik Bennike, head of credit investments at Pension Denmark, said he would be sceptical about investing in a dirty company even with such a high step-up, as there would still be “red flags” around the firm. He added that if higher step-ups had been included from the start, the market would have been unlikely to take off.

“It’s actually probably been helpful that we’ve established this 25bps as the norm,” he said. “We can challenge whether we can develop the market once it’s gotten a foothold with investors, but I think it is important to stress that… if these instruments are supposed to fit into normal benchmarks [so that] ordinary fixed income investors will still be both able and willing to buy them, [they need] to maintain real fixed income characteristics and not be a new convertible.”

Panellists also discussed the possibility of developing the market for use of proceeds bonds that incorporate sustainability-linked structures. Bennike said that, while this was uncommon at the moment, the joint structure was a good idea, especially for utilities.

“They have large capex so need to use ‘use of proceeds’ bonds, but on the other hand you want to make sure the company doesn’t do something stupid and employ more capex into a coal mine as well,” he said.

Vestas recently issued an SLB, he said, questioning why a wind turbine manufacturer was using a structure initially intended to capture parts of the economy that are less relevant for a green bond context. It is important for issuers to think about what signal they send when choosing an instrument, he added.

Reznick backed the idea, describing the prospect of a green SLB as an “elegant link to show that the specific project you’re financing will actually serve to decarbonise the rest of the business as well”.

He added: “On the other side of it, there’s a nice greenium in the green bond market, so you might want to chase that as well.”