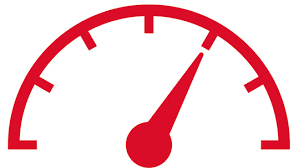 Trillium Asset Management is the US socially responsible investment firm with more than $2bn (€1.8bn) under management. Here CEO Matt Patsky discuses how the needle is slowly being shifted on shareholder resolutions – although the whole process is under threat from the Financial CHOICE Act.

“It all started with transport company JB Hunt and a simple request to management to add protection for LGBT employees to the company’s non-discrimination policy.

“The company’s initial response to Trillium’s engagement reminded us of a similar sized company’s reply several years earlier: ‘we have never had a problem on that issue’.”

“Out of almost 20,000 employees not a single lesbian, not a single gay man, or a single bisexual or transsexual suffered discrimination?” He paused for emphasis.

“So we made the business case: if you’re having trouble recruiting people, showing that you offer an inclusive workplace environment, companies actually end up with better operating results which translate into stronger shareholder returns. Yet, management still rejected that argument.

“So we filed a shareholder resolution and received a 54.7% positive vote on the first ballot. We had ISS and Glass Lewis recommending shareholders vote YES given the overwhelming evidence of positive shareholder return. It was a very strong vote.”

It is indeed a more than creditable result, even in these days of majority support for E&S proposals. The vote led the board to adopt a fully inclusive policy at their board meeting that summer.

“However, when we looked at the vote tallies,” continued Patsky, “we noticed we were missing support from some of the top shareholders of the company.

“BlackRock, JP Morgan, and BNY Mellon all voted NO. We were particularly surprised to see BlackRock, the largest asset manager in the world, had voted against this proposal and every LGBT shareholder proposal in the preceding four years. This was unexpected considering BlackRock’s inclusive workplace policies and their membership with LGBT advocacy group Out Leadership.”

Not only that, but BlackRock was also a signatory, with Trillium, New York City Comptroller Scott Stringer and a group of 30 of some of the largest investors in the world, with a combined $11trn of assets under management, to a letter speaking out against Texas Senate Bill 6 (or SB6); another “Bathroom Bill”.

SB6 is similar to North Carolina’s infamous HB2 bathroom restrictions that has since been withdrawn and requires individuals to use the public restroom that aligns with the gender on their birth and allows the Texas Attorney General to impose fines of up to $10,500 a day for violation of bathroom access regulations. BlackRock was also a signatory to a similar letter last year to North Carolina. It also signed the Amicus Brief regarding the Supreme Court ruling on marriage equality.

“So we filed a shareholder proposal asking the asset manager to explain this inconsistency. BlackRock’s initial response was that they preferred to engage ‘directly with management’. That was their response to the very specific question about why they didn’t support a shareholder resolution seeking fully inclusive non-discrimination LGBT policies.”I asked Patsky, wouldn’t BlackRock think that since Trillium filed a shareholder resolution at JB Hunt and had been engaging with them for a year that it might be in a position to check on whether it had, in fact, engaged with JB Hunt on the issue?

Patsky replied: “After 35 years of doing this work in conjunction with many of the municipal and state pension plans and endowments, there’s a level of courtesy and respect that we get that from our strong track record. And in the end, there was really no reason BlackRock could not engage directly AND vote in favor of the shareholder proposal.”

In the end, Trillium was able to withdraw the resolution after a period of engagement with BlackRock around ‘how the asset manager engages portfolio companies on workplace equality issues’.

The firm also confirmed that it would vote against management when “companies are insufficiently responsive to our efforts to protect the long-term economic interests of our clients”, according to a press release Trillium put out announcing the resolution withdrawal.

“I think what their change in position on voting means is that they are going to vote proxies on what they perceive are the best interests of their stockholders on the issues of climate risk and diversity issues. So we need to give BlackRock a bit of time to put their words into action.”

“This is all taking place within a fiduciary obligation discussion,” he continued, “and I think we are probably going to see some movement from Fidelity as well, it’s already shifted State Street and Vanguard.

“It’s getting so that a number of the other funds of scale are starting to recognize that there is positive correlation between best practices on environmental and social issues and financial performance. So one can’t just vote with management and honour your fiduciary obligation. If they [BlackRock] are really sincere about moving the needle and changing the power dynamics within the organization to vote for the shareholder resolution, then that is a significant change.

“If your largest shareholder just said it’s going to support a resolution, then company management is going to go back to the filer and say: ‘OK, how do we resolve this, because we don’t want it to go to a vote knowing it’s likely to pass’.”

On the Financial CHOICE Act, Patsky said: “They are trying to destroy the entire process in one fell swoop. This is really a way of taking away shareholders’ rights. If it passes, then better governed, stronger management teams will still not be afraid to engage shareholders on these issues and will continue to do so. There will still be a role for us and there will still be activism.

“We will be able to have a dialogue even in the worst case, but it will really limit our ability to engage because it takes a valuable avenue of engagement – which benefits companies, shareholders, and our economy – away.” He said that corporate lobby group the Business Roundtable “should be careful what they wish for.

“If the ‘pressure valve’ of shareholder proposals go away, investors may start using vote-no campaigns more frequently and more effectively.”