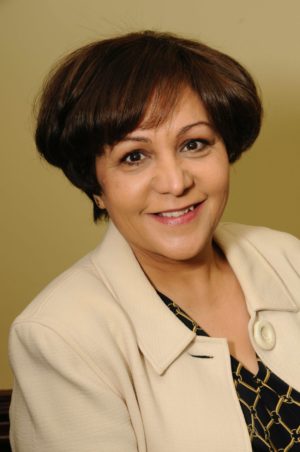 The European Commission’s legislative proposal on low-carbon indices, a key plank of the sustainable finance Action Plan, faces a root-and-branch challenge from the MEP tasked with shepherding it through the European Parliament.

The ‘rapporteur’ for the plan, Neena Gill, has said she will “take the proposal apart and start again”.

She is recommending new classifications to help investors transition to Paris-aligned portfolios, calling for all indices to be 2°C compliant by 2022 — and for ESG disclosure for conventional benchmarks.

Gill, a UK Labour Party MEP, has led a series of significant and ambitious amendments to the proposal, which were published recently by the Parliament’s Committee on Economic and Monetary Affairs (ECON) and are to be voted on next week.

Gill criticised the original legislative proposal from the Commission, released earlier this year, for having “not really been properly considered”.

“I think it was done in a bit of a rush,” said. [Responsible Investor has already flagged up the tight timeline of the EU’s sustainable finance push here.

The original document from the EU argued for the creation of two regulatory product categories for green benchmarks, to minimise greenwashing: one for ‘low-carbon’ indices and another for ‘positive carbon impact’ ones.

Index providers would only be able to market such products in the EU if they met minimum standards on how the constituents were selected and weighted, and how carbon footprints and savings are calculated.

“The terminology that I see as helping to move us towards 2°C is ‘transition’ and then ‘Paris-aligned’,” she explained. “We want to encourage the market to move forward, not stand still.”
As a result, her proposals rebrand the two regulatory categories in this way, which Gill said will help provide “greater clarity for investors on who really complies with Paris”.

In the proposed amendment, the Paris Agreement is referenced frequently throughout, in contrast to the original Commission document.

In addition to the change in terminology and a more explicit link with the EU’s climate goals, Gill wants all benchmarks to be Paris-aligned within four years – and to a standard methodology.“By 2022, benchmark providers will ensure that all the benchmarks provided and published are positive carbon impact benchmarks, fully aligned with the Paris Climate Agreement commitments as implemented in Union law and this according to a standardised methodology which will be developed by the Commission in a delegated act published not later than two years after the entry into force of this regulation.”

Some insiders say this suggestion is very unlikely to be accepted in the final legislation, but could push lawmakers to come up with another – less ambitious, but still concrete – deadline.

“We don’t want this to be niche; we want it to be a mainstream objective, so we want clear dates in there,” Gill told RI.

“And besides, the EU has committed to meet the goals of the Paris Agreement, so it’s right that it should be a clear part of this legislation. We’re not coming up with a new climate strategy – these proposals align exactly with the existing commitments of the EU and the Parliament.”

Another ambitious change being put forward by the rapporteur relates to the second pillar of the benchmarking proposal.

In addition to creating regulatory categories for low-carbon benchmarks, the Commission wants to require ESG-branded products to include public information on how they take ESG into account in their methodologies.

During a public consultation, which closed in August, Amundi – Europe’s biggest asset manager – made the loudest protests against this plan, saying it did not go far enough and penalised those offering ESG solutions, while ignoring those that don’t.

“We do not ask for an obligation to develop indices that systematically would include ESG criteria, but we think that users of indices should be informed that such administrator for such an index has or has not taken any step in this direction,” it told the Commission in its consultation response.

Mirroring this, and the broader push from the EU through its legislative proposals on disclosure and banking, Gill has recommended that all index providers should have to disclose the extent to which they assess ESG as part of their products.

The proposals are being worked into compromised amendments at Parliament and will be voted on by the ECON on Monday December 3. And official opinion will be provided by ENVI environmental committee.