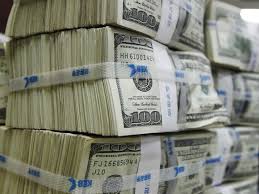 Trillion Dollar Transformation, a reference to the trillions of dollars held in US public pension funds, is a new collaborative initiative between Mercer Investment Consulting and the Center for International Environmental Law (CIEL), the US public interest law firm.
The initiative was created to educate pension fund fiduciaries on the “financial and legal challenges climate change presents, and equip them with the information and tools to respond”. For the launch, the two prepared collaborative reports, A Guide to Climate Change Investment Risk Management for US Public Defined Benefit Plan Trustees and Fiduciary Duty, Divestment, and Fossil Fuels in an Era of Climate Risk. There is a certain amount of crossover between the two reports, but, fundamentally, the former assesses financial risk surrounding climate change and the latter looks at the consequent legal and fiduciary risk that could arise as a result of ignoring the financial risk of climate change.
I spoke to Alex Bernhardt, head of responsible investment for Mercer in the US, and Carroll Muffett, the former Greenpeace activist who is CIEL’s CEO, to find out about the origins of the initiative and its future plans.
Muffett described the genesis of the project that was inspired by the simultaneous and separate issue of reports on credit rating agencies and their reaction to climate risk, one by CIEL and another by Mercer.
CIEL was impressed with the quantitative nature of the climate risk assessment and the tools to deal with it that the Mercer report presented and it reached out to explore a collaboration. From credit agencies, the two moved together to an analysis of public pension funds and their fiduciary duties. “These funds manage trillions of dollars of assets and are very influential,” said Muffett, “but they are different from other funds because they not only have a fiduciary duty to their beneficiaries but must also invest over much longer time horizons than most other funds.”

“The financial and fiduciary risks of these funds,” added Bernhardt, “are inextricably linked.”

Muffett noted that, until recently, pension fund trustees felt they couldn’t legally take environmental and social issues into consideration when making investment decisions, but the law has evolved over the last several years so this is now possible [see the Labor Department’s changed guidance last year].“Even now,” noted Bernhardt, “there is a negative attitude among trustees to taking these issues into account, particularly in the US.”

The future for the initiative is an educational outreach to pension trustees, plus dedicated events going into more depth, including how trustees can engage with the riskiest companies in which they invest.

These educational materials would be based on items such as the ‘Nine questions pension fund fiduciaries should ask their lawyers’ featured in the CIEL report. The questions cover modifying pension plan documents, diversifying, divesting, investing in clean energy and conflicts of interest over managing for the short-term versus the long-term. “We aim to educate trustees on best practices,” said Bernhardt, “for managing climate change risks. Boards of trustees need more climate change expertise.”
The model used by Mercer to identify portfolio and asset class risk was described by Bernhardt as having a forward-looking perspective. “There have been lots of retrospective studies with regression testing that have identified climate risk as a financial risk, but we spent a lot of time and energy moving away from those because there is no real historic precedent. Our progressive approach challenges some of the more traditional governance frameworks.”
“It’s different also,” added Muffett, “in that it goes beyond the impact on funds themselves and includes the impact on individual fund trustees and how fulfilling their fiduciary duties correctly is the only way to avoid legal and regulatory impacts.”
While the leading US asset owners may not need this initiative, smaller funds might well want to access some of this expertise. According to a source used to advising these funds, trustees’ reaction to gentle nudging towards incorporating ESG analysis into investment decisions has generally been: “Oh, no, we don’t have anything to do with that kind of thing.” If that attitude is going to change, this new initiative will be very welcome. A two-page summary of both reports can be found here.