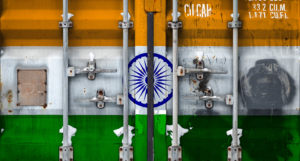 A sustainability-linked bond partly secured against a coal terminal has received mixed views from market observers.

Earlier this month, Indian ports operator JSW Infrastructure issued a  $400m sustainability-linked bond, the coupon of which is linked to a 15% reduction in scope 1 and 2 emissions by 2026 against its 2021 baseline with a 25bp step up should this be missed. The proceeds of this issue will be used to repay existing company debt.

The bond was more than three times oversubscribed, with 46% allocated to Asian investors, 30% to European investors and 24% to the US. More than 90 of the buyers were “funds”, JSW Infrastructure said.

In a second party opinion for JSW Infrastructure’s sustainability-linked financing framework, DNV said that the KPI was “ambitious”, because it exceeded India’s nationally determined contributions.

In terms of industry comparisons, JSW’s main competitor in India – Adani Ports – is yet to set out any climate targets, but has committed to setting a science-based target this year. In May last year, Australia’s Port of Newcastle signed a A$515m (€326m) sustainability-linked loan linked to keeping scope 1 and 2 emissions in line with a “well below 2-degree scenario”.

JSW Infrastructure is currently developing the Paradip East Quay Coal Terminal in the Indian state of Odisha. On its website, it claims that the port has the capacity to ship 30mt of coal a year.

Campaign group Market Forces has criticised the SLB, claiming that its KPI lacks ambition. Mia Watanabe, UK Campaigner at Market Forces, said: “Those involved get away with this by only including Scope 1 and 2 emissions in the KPIs while ignoring the vast emissions that will be caused by burning the 30 million tonnes of coal shipped through their terminal every year.”

But Ulf Erlandsson, CEO of the Anthropocene Fixed Income Institute, said that while not perfect, the KPI was actually better than the market standard: “A single KPI with a recent baseline, relatively front-loaded targets and coupon step-ups are more robust factors compared to many other SLB structures. Not perfect but a lot better than some of the participation trophy SLB structures we have seen.”

However, Erlandsson raised concerns about the guarantors of the bond. The SLB is backed by five of JSW’s subsidiaries, including the Paradip East Quay Coal Terminal.

“The bond is senior secured with one of the guarantors being the 30Mtpa thermal coal port Paradip East Quay Coal Terminal subsidiary company,” he said. “That is one of the biggest thermal coal terminals in the world. So the credit spread/yield on this bond will clearly be positively correlated to good fortunes in thermal coal: we are not sure sustainability investors [are] seeking such an investment return profile and exposure.”

“Despite pledging ‘net zero by 2050’ on the eve of COP26, Standard Chartered’s policy is riddled with loopholes that allow it to continue backing companies expanding the fossil fuel industry, like JSW Infrastructure.”

A spokesperson for Standard Chartered said that the bond was for refinancing existing debt and not for coal development, and that thermal coal forms less than 25% of JSW’s total cargo.

“Any infrastructure expansion JSW is contemplating is not dedicated to thermal coal and therefore does not trigger a breach of our existing Position Statement,” the spokesperson continued.

Deutsche Bank, which also has a Net Zero target, declined to comment.

JSW Infrastructure had not responded to a request for comment at the time of publication.