NO, NO, and NO, says credit rating agency Moody’s Investors Service. According to its recent request for feedback on a proposed methodology update for ESG risks, what the world really needs now is for Moody’s to (1) leave credit rating analysis alone; and (2) festoon bond issuers and structured finance deals with four new stand-alone ESG scores.

In short, Moody’s proposes more of its same credit ratings that ignore many material credit exposures, including ones labelled E, S and G. In January, I wrote that, “at most, credit ratings address physical exposures after the fact, such as when flooding, drought, fires or other headline events drive an issuer downgrade. Worse still, the non-committal methodologies – as well as credit rating agencies’ bait-and-switch touting of stand-alone ESG ratings, assessments and acquisitions – foster the illusion that credit ratings rigorously incorporate the credit impacts of physical exposures.”

Moody’s proposal confirms my critique in capitalised bold-face. On Page 6 of the proposals, it says that “ESG considerations often have more potential credit risk than credit benefits”, and yet its planned changes would not prompt a single credit rating downgrade – or upgrade for that matter. In practical terms, it proposes to keep the status quo for its measurement of exposure to climate events and the likelihood that a single bond issuer anywhere in the world will repay debt as due over a useful time horizon. Moody’s won’t re-assess exposure to governance failures by the world’s largest financial institutions and the likelihood that one of the innumerable inter-connected entities will repay debt. And forget Moody’s re-thinking its approach to the interplay of climate and social changes, as well as governance failures, and the likelihood that a single sovereign nation will repay debt as due.

On Page 3 it says: “If this cross-sector methodology is updated as proposed, we expect no changes to outstanding ratings for all sectors globally. In establishing E, S and G IPSs [three of the four proposed new scores], we propose to use the general principles described in the existing methodology. The CIS [the fourth new score] is an output of the rating process that would more transparently communicate our assessment of the impact of ESG considerations on assigned ratings in the context of other credit drivers. As such, our proposed publication of CISs will not change any ratings, currently or in the future.”

So what are YOU doing? Credit exposures to ESG factors IS an emergency, right?

If you disagree with Moody’s, push back by submitting critiques that urge it to scrap the proposal and propose a useful one. Equally important, tell Moody’s to shut down the ever-expanding sideshow of ESG “symbols” that deflect from deficiencies in the company’s core product of credit ratings.

One way to leverage your methodology critique: Share it with the world. I am happy to offer insights from my 20 years’ experience of co-authoring Moody’s methodologies for complex finance and reviewing Moody’s and competitors’ methodologies for all sectors. You can find my contact details here and I am running a Croatan Conversation on fixed-income engagement, including credit rating activism, in November.

My own submission is a real-time, real-world feedback response. It starts by urging Moody’s to extend the deadline by several months because the proposal defies easy comprehension by specialists, let alone everyone else. As corroboration, I cited Moody’s 90-minute explanatory webinar on October 6, which prompted more questions on the core features than it answered.

The Moody’s proposal does state its deficiencies, although I needed to carefully review the proposal several times to verify that my initial critiques were on-point. Let’s see if I can improve on the Moody’s webinar and clearly communicate the core of the proposal. Here goes:

The proposed ESG update will apply worldwide and will NOT change a single credit rating anywhere in the world at any time in the future. Instead, the proposal WOULD attach four new credit scores – Environmental, Social, and Governance issuer profile scores (IPS) and an ESG credit impact score (CIS) – to bond issuers and structured transactions. None of the four ESG scores is a clear input into the determination of a credit rating. In fact, the fourth score, the ESG credit impact score, is an after-the fact assessment of a credit rating process, as determined by a lead analyst rather than an entire rating committee. 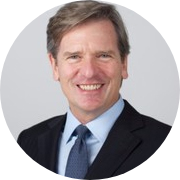 Bill Harrington is Senior Fellow at independent, nonprofit body Croatan Institute. He spent more than a decade at Moody’s Investor Services, including as a Senior Vice President.