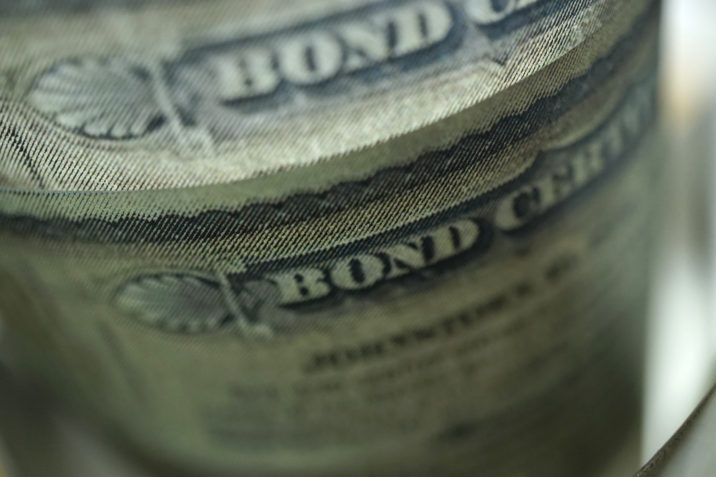 Sustainable bond issuance is set to be flat in 2022 as the Russian invasion of Ukraine impairs global economic growth and broader market conditions “provide greater than anticipated headwinds”, according to a report from Moody’s.

While weaker volumes in the first quarter and expectations of depressed issuance for the remainder of 2022 mean the sustainable bond market will not have the record-breaking year forecast as recently as March, Moody’s emphasised that long-term growth potential remained strong. The increased European focus on renewables for energy security and the publication of two new IPCC reports provide impetus for greater financing of climate mitigation and adaptation, the rating agency said.

According to Moody’s, issuance of green, social and sustainability (GSS) and sustainability-linked bonds in Q1 was down 11 percent on Q4 last year and down 28 percent on Q1 2021, which saw the highest-ever quarterly issuance. GSS and SLB issuance as a share of the overall market also dropped. Moody’s attributed the decline to the fact that the bulk of sustainable issuance comes from Europe, which remained quiet following the Russian invasion of Ukraine.

Social bond issuance was up in Q1 after several quarters of decline, driven mostly by new issue from French public finance agency CADES, which raised $12.4 billion as part of a $40 billion programme for this year.

Gregor Vulturius, adviser on climate and sustainable finance at SEB, said he “would probably align with what Moody’s says in terms of a stagnating, potentially even slightly decreasing market”.

However, he cautioned that the figures needed to be taken in context. “We are currently $110 billion short of where we were this time last year, which still puts us way over 2020. 2021 was a breakout year of an already very quickly growing market.”

Vulturius also noted that growth predictions for the market were “quite bold” going into this year. “We unfortunately have to realise that the downside risks that we identified have now materialised with Ukraine, with rate hikes, with the fear of a recession.”

He said the current situation was affecting non-labelled debt issuance as well. However, SEB’s data shows that green bonds are flat – “which is remarkable given that everything else is declining”.

Thomas Thygesen, head of climate and sustainable finance research at SEB, emphasised that, while sustainable debt issuance was slowing, the Russian invasion of Ukraine has led to an acceleration of transition-oriented capex among corporates. “What we see in the real world is that the cost advantage and the geopolitical advantage of using renewable energy has been tremendously increased by the shock we’ve seen from the war in Ukraine and the threat that comes with it if you are dependent on foreign energy supplies,” he said. “So while we see slowing issuance, we are also seeing clear signs of a ramp up in actual money being spent in the area.”

Nadège Tillier, head of corporates sector strategy at ING, said the Dutch bank still expected growth this year, but admitted that levels may fall short of its original €1.3 trillion prediction. She said ING was seeing a slowdown in the US, but that its debt capital department expected issuance to restart, and that Asia was still seeing growth.

Tillier added that part of pre-2022 issuance had been opportunistic, with corporate issuers taking advantage of low yields to pre-fund at reduced costs. With rising inflation, increasing rates and the Russia-Ukraine conflict, “extremely cheap funding costs may be over for some time, and the companies coming to the bond markets now are those that really need financing”, she said.

However, not all in the market agreed with Moody’s forecast. Doug Farquhar, client portfolio manager at NN IP, said the manager stood by its prediction of €1.1 trillion in issuance for GSS bonds this year. Based on Q1 numbers and increased momentum in Q2, issuance of green bonds will exceed last year, as will that of sustainability bonds, he said.