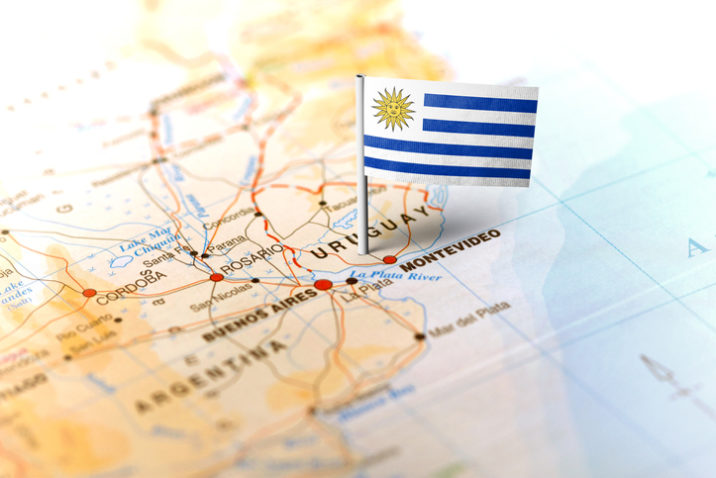 The ground-breaking deal – a $1 billion note maturing in 2034 – will link the cost of financing to Uruguay’s nationally determined contributions and the coverage of native forest in the country.

It includes a novel step-up/step-down structure that will see the country pay an extra 15 basis points for each target it misses, with a 15bps reduction in coupon if it exceeds the target by a set amount. The assessment date for the targets is 2025.

Romina Reversi – head of sustainable banking for the Americas at Crédit Agricole CIB, which structured the deal – said it was “just the beginning”.

The market is poised for growth in 2023, she said, adding she would be “surprised” if no other country came to the market next year.

While Chile and Uruguay are the first countries to come to the market with an SLB, municipalities have also begun to enter the market. The Swedish city of Helsingborg and the Arizona Industrial Development Authority sold SLBs this year, while New Zealand capital Auckland and Sweden’s Gothenburg have signed sustainability-linked loans.

Reversi expects the market for sovereign SLBs to expand beyond Latin America. “We are going to see more SLBs from other countries,” she continued. “Whether it be from Latin America or globally, I really think this is just the beginning.”

However, Laurent Adoult, CA-CIB’s head of sustainable banking for financial institutions and SSAs in Europe, said it was unlikely that a large nation such as the UK or France would come to the market with an SLB. “The ability to offer highly liquid instruments to investors – [and] hence being able to tap on a very regular basis throughout the lifetime of the bond – is a key component of their funding program, and in that case probably the traditional use of proceeds structure is easier for them to manage. But for other sovereigns it makes a lot of sense.”

In May this year, the UK’s debt management office said it was not ruling out an SLB but had no current plans to trial the format. In response to a think tank calling for the country to enter the market, the DMO said it was focusing on the green gilt programme but had “been watching developments with interest”.

On the Uruguay deal, Adoult noted that investors had been “particularly interested” in the forest KPI attached to the bond. CA-CIB was sole structuring adviser on Switzerland’s debut green bond earlier this month, and Adoult said the inclusion of biodiversity in that deal had also been “well liked” by investors, with the Swiss government saying it had noted a favourable market reaction and “considerable interest”.