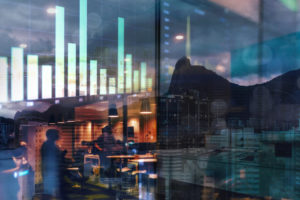 MSCI has taken an early lead ahead of competitors by launching the first climate indices which meet the minimum requirements of the two categories of climate benchmarks proposed under the EU Sustainable Action Plan.

Both CTBs and PABs will be required to ‘self-decarbonise’ at least 7% year-on-year on aggregate, in line with the IPCC’s most ambitious 1.5°C scenario. According to the proposed standards, which is expected to enter into force in the coming months, certified climate benchmarks stand to lose their label if decarbonisation targets are missed over two consecutive years or on three occasions in a consecutive 10-year period.

Additionally, the proposals recommend that CTBs and PABs are prohibited from having a reduced exposure to “high climate impact sectors” – such as the extractives, construction and forestry – compared to their parent index, because these sectors are “where most of the solutions necessary to a low-carbon economy lie”.The announcement from MSCI suggests that both products, the Provisional Climate Change EU Climate Transition and Provisional Climate Change EU Paris-Aligned indexes, will meet the entirety of the proposed requirements although details on the governance of decarbonisation targets, GHG intensity reduction and other criteria were not provided.

MSCI said that it intends to transition its proprietary climate methodology to comply with the CTB and PAB categories by April 2020 if the final regulations governing the benchmarks “do not materially diverge” from the current proposals.

Notably, MSCI was the only index provider with a seat on the Technical Expert Group (TEG), a group of experts appointed by the European Commission to assist implementation of the action plan, which has caused some disquiet.

As it stands, the benchmark element has advanced the most through the EU’s legislative process among the three proposals – a green taxonomy and disclosure requirements are the others – under the Action Plan.

The minimum technical requirements, for both PAB and CTB categories, was published by the TEG in September and will be the basis of the final so-called ‘legal identity’ of the two index categories.