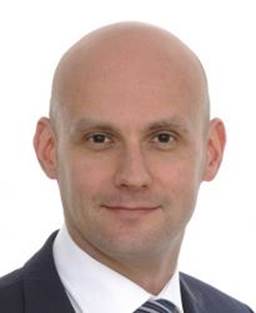 Giese left RobecoSAM in February, where he had the title of Head of ESG Index Solutions, amid a spate of departures at the firm and has now surfaced at MSCI where he will be Executive Director, Equity Research.

Giese’s departure followed that of CEO Michael Baldinger for UBS; at around the same time other senior moves included Neil Johnson, Executive Director, Head of Sales in the US, Christopher Greenwald, the Head of Sustainability Investing (SI) Research and marketing head Christine Gugolz Kiefer.

Giese will be based in London and report to Dimitris Melas, Managing Director and Global Head of Equity Research. Before RobecoSAM Giese was Head of Product Development at STOXX, the Zurich-based index house owned by the Deutsche Börse.Earlier this month, MSCI ESG Research hired Mervyn Tang as Head of ESG Research, APAC (ex Japan), based in Hong Kong. He was previously at Fitch Ratings where he was Director, APAC Sovereigns.

Meanwhile, it has emerged that Edith Siermann, who headed fixed income and oversaw governance at RobecoSAM’s sister firm Robeco, has joined the Dutch central bank to head its asset management division.

A spokesperson for Robeco confirmed her departure and said others within the organization have taken over her responsibilities.

A 27-year veteran of Robeco, Siermann takes over from Rodrigo Araya Arancibia at the DNB. He is now with Amsterdam-based Anthos Assset Management.