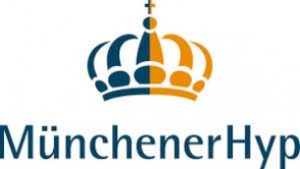 Münchener Hypothekenbank (MünchenerHyp), a German mortgage bank, plans to issue a €300m Pfandbrief, or covered bond, later this month to finance the purchase, construction and maintenance of 200 residential buildings in what it says are “socially disadvantaged areas” of Germany. Pfandbriefe are bonds backed by the cash flows from the underlying mortgage loans made. Book runners for MünchenerHyp’s Pfandbrief, said to be the first of its kind in Germany, are French bank Crédit Agricole, Landesbank Baden-Württemberg and WGZ, a German cooperative bank. The bond has been given a triple ‘A’ rating by Moody’s, and Oekom, the German ESG research firm has assured both its social and environmental credentials.
Apart from providing new housing in poorer areas, the bank aims to use some of the proceeds for green renovation of existing of buildings. Oekom’s mandate also entails making sure that MünchenerHyp uses the proceeds accordingly. Oekom said: “We were tasked by MünchenerHyp to ensure that the bond fulfilled therequirements of sustainable investors. This meant that we assisted the issuer in defining the social and environmental criteria which projects had to meet in order to be financed.”
Rafael Scholz, MünchenerHyp’s Head of Treasury, said the new Pfandbrief would be shown to investors over the next few days and then issued. The coupon, or interest rate, for the bond will be announced at the time of issuance. In an investor presentation about the bond, MünchenerHyp said its Pfandbrief was consistent with the Green Bond Principles, a set of voluntary guidelines for issuers of debt used to finance environmentally friendly projects. One aspect of the bond is the bank’s plans for energy efficient housing. The location in Germany where MünchenerHyp plans to provide the housing was not disclosed. MünchenerHyp is a German co-operative bank with €35bn in balance sheet assets. For the first half of 2014, the bank reported profits of €11.1, or more than double the €5.3m earned in the year earlier period.