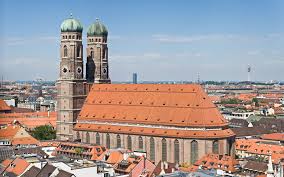 The head of investments at Munich’s Protestant Church (ELDM) has been suspended pending an enquiry into losses of up to €5.5m – or 17% of its total assets – on bonds issued by small renewables and waste recycling firms.

Andreas Reinert is suspended for the duration of an enquiry to be completed in mid-February. Officials have suggested the church may have to sell off property to meet the losses, which stem from investments in bonds issued by four unnamed small- to midsize enterprises (SMEs) which declared insolvency last year.

ELDM said €500,000 was lent to a firm that declared insolvency in July 2013 and another €5m to three firms that followed suit between October and December.

Many German SMEs, particularly from the renewables sector, have floated bonds on the Frankfurt, Stuttgart and Munich exchanges. The bonds are typically high yielding, paying a coupon, or interest rate, of at least 5%, and issuers have been able to raise a lot of money from German retail investors in particular.

But analysts have criticised the ratings given to the traded SME debt as not adequately reflecting the default risk investors must assume.Indeed, the debt of wind power firm Windreich, which declared insolvency last September, was considered to be investment grade as recently as June 2012.

Windreich was just one of several renewable firms that, due to either subsidy cuts or tough competition, declared insolvency in 2013. Others are solar firms SAG Solarstrom and Centrosolar and recycling firm FFK Environment. All three have issued high-yielding bonds that could have been bought by institutions like the ELDM.

Although the church said the bond investments were part of its “sustainable investment strategy,” it has begun to review that strategy.

Meanwhile, Barbara Kittelberger, Dean of the ELDM, expressed the hope during a news conference that any losses could be recouped by selling some of the church’s property.

She apologised to the church’s community, stressing that both she and the ELDM’s deacon, Heinz Wesely, “were aware of their responsibility for the affair.” She was not more specific, however, and Wesely was reported to have called in sick.