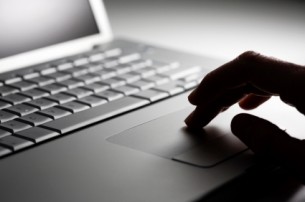 Norges Bank Investment Management, the arm of the Norwegian central bank which manages the assets of the NOK2.7trn (€347bn) Norwegian Government Pension Fund Global, has enhanced its website to allow users to search its equity and fixed income holdings and voting records.
As well as offering continuous updates on the fund’s market value, NBIM says there’s also a new search device enabling users to find information on the fund’s holdings and voting records “by region, country and company”. The fund owns around 1% of the world’s listed companies.
The development enables readers to see the giant fund’s equity holdings in, say, China. A quick glance through the data reveals that the fund has 941 investments in the country, worth around NOK23.9bn (€3bn). An analysis throws up some interesting snippets, such as the fact that it has 55 investments in the Cayman Islands worth some NOK4.5bn (€556m).
Its British Virgin Islands holdings include stakes in Chinese solar firms Renesolar and Jetion Solar Holdings. Among its 28 holdings in Bermuda are China SingyesSolar Technologies Holdings Ltd., China Windpower Group and Chinese resources firm Green Global Resources Ltd. Its only equity investments in the Middle East are 52 holdings in Israel, although it also invests in fixed income in Qatar and the United Arab Emirates. In Malta, NBIM has just under 1% of gaming firm Unibet.
Its Isle of Man holdings include emissions trading outfit Climate Exchange and Trading Emissions, an investment fund set up to trade environmental instruments.
Users are able search the fund’s voting patterns by company name, although the data is for 2009 so recent contentious annual general meetings such BP and UBS are not yet available.
But the facility makes it easier to find out, for example, that the fund voted against the re-election of Sir Stuart Rose at UK retailer Marks & Spencer at its AGM in July 2009. Or that it voted against a raft of measures proposed by Volkswagen at its extraordinary general meeting in December 2009.
The only African countries where the fund has equity holdings are Egypt, Morocco and South Africa and it only invest in South African and Tunisian fixed income.