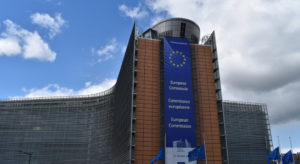 The majority of sizeable European companies will have to publish audited sustainability data as part of a massive revamp of the EU’s Non-Financial Reporting Directive (NFRD), published today.

Plans for a newly-named Corporate Sustainability Reporting Directive (CSRD) include amending its related legal texts to use the term ‘sustainability information’ in place of ‘non-financial information’. Last year, ‘non-financial’ was voted the second most unpopular phrase in sustainable finance by RI readers.

Under the EU’s new rules, the number of firms obliged to report sustainability data will shoot up from 11,700 to more than 49,000, covering three quarters of all EU-based companies. Both listed and private entities will be covered.

“Today's proposal will extend the scope of these requirements to include all large companies, whether they are listed or not and without the previous 500-employee threshold,” said the European Commission. “This change would mean that all large companies are publicly accountable for their impact on people and the environment. It also responds to demands from investors for sustainability information from such companies.”

Large companies are defined in the Accounting Directive as those with more than 250 employees rather than the NFRD threshold of 500.

All listed companies, except for those with less than 10 employees or turnover of less than €700k (so-called ‘micro-undertakings’) will have to report. The rules will also apply to EU subsidiaries of non-EU companies. The parent companies of large subsidiaries will also have to prepare group sustainability data.

Small and medium-sized companies will, however, be given a grace period to adapt to the new requirements, which will be less onerous for them than larger companies.

The Commission said it is proposing to start with a ‘limited' assurance requirement for companies on their reporting.

The current NFRD applies to large “public-interest” companies with more than 500 employees. It obliges them to publish information related to environmental matters, social issues and treatment of employees, respect for human rights, anti-corruption and bribery, and diversity on company boards (age, gender, educational and professional background).

The next step is for the European Parliament and member states in the Council, to negotiate a final legislative text based on the Commission's proposal.  In parallel, the non-profit European Financial Reporting Advisory Group (EFRAG) will start work on a first set of draft sustainability reporting standards. EFRAG aims to complete the first set by mid-2022.

While the timing will depend on Parliament and Council negotiations, if they reach agreement by mid-2022 the Commission could adopt the first set of reporting standards by the end of that year. That would see the standards apply to companies for the financial year of 2023.

It said companies will have to report on major environmental factors, including their impacts and dependencies on climate, air, land, water and biodiversity.

Eligible companies could face an estimated initial €1.2bn implementation cost and €3.6bn in annual recurring costs, according to numbers compiled by the EU, as well as reporting costs associated with complying the EU’s green taxonomy.

But, the Commission said that if no action was taken on standardisation, costs for company reporting could be expected to rise anyway from “uncoordinated information demands from users”, notably investors. Conversely, it said it believed the EU standards could lead to annual costs savings of €1.2bn-2bn for companies if they eliminated the need for additional information requests from other information bodies.

It said other countries were also likely to align with the mandatory EU reporting standards.

Notably, the rules will remain as a Directive, meaning Member States will be required to transpose them at national level. However, to avoid divergence during the transposition process, the Commission will provide standards.

On whether companies set to be covered after the revision will be prepared for it, she says: “It’s a mixed bag and depends on what they’ve been exposed to and where they’re based. If you’re a smaller company operating in the value chain of larger organisations like Unilever or Ahold Delhaize you would be used to their sustainability performance and reporting requirements and could be relatively well prepared.”

“We find that non-financial reporting challenges are surprisingly similar for start-ups and multinationals – it’s normally ‘how do I decide what my KPIs should be’ – because there are many options and need to be clear you’re picking the right ones that speaks to the strategy and purpose of your business.”

The Commission said it will look at organising periodic surveys of the users and preparers of sustainability information.

The proposal also includes a requirement for the Commission to review the new CSRD every three years.