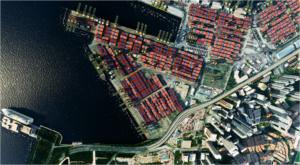 The Monetary Authority of Singapore (MAS) has estimated that 30% of financial assets in the island-state could face shifts in valuations or higher costs of doing business as the world transitions to a low-carbon economy.

The figure primarily refers to climate ‘transition risk’, one of the two channels through which climate change risk is transmitted to the financial system. The other channel, known as ‘physical risk’ or the physical impacts of climate change on the economy, was not considered by MAS due to “data limitations as well as the complexity and uncertainty associated with extreme weather events”.

The study, which was included in MAS’ annual financial stability review published today, did not provide a financial value for the assets it identified.

Next, it measured the magnitude of risk exposure by mapping loans and investments to the emissions of the corresponding activity being financed.

According to the exercise, housing (excluding residential mortgages) formed the largest proportion of total loan exposures for banks (14%), followed by transport (8%) and energy-intensive manufacturing (6%); while two thirds of insurer exposure to climate-intensive sectors – 32% overall – was attributed to Housing and Transport.

MAS noted that its findings of an overall 30% financial sector exposure to climate transition risk was “broadly in line” with a 2020 exercise by the European Central Bank based on a similar methodology. A subsequent study by European financial regulators found that EU investment funds could lose up to €62bn over the next 15 years if policy measures to fight climate change are delayed.

Elsewhere in the report, MAS announced the inclusion of thematic climate scenarios within its industry-wide stress test for 2022. The exploratory scenarios will feature both physical and transition risks over a 30-year horizon, and incorporates features from long-term climate scenarios developed by central banking body the Network for Greening the Financial System (NGFS).

However, the NGFS scenarios have come under criticism for “rely[ing] excessively” on unproven carbon capture and storage technologies to permit ongoing investments in fossil fuels, according to EU think tank Reclaim Finance.

Separately, the Philippines central bank has indicated that that it is considering allocating capital to assets with sustainability characteristics.

“We are reviewing our investment strategy to consider strategic allocation of investments toward those that espouse environmental, social, and governance principles," said the bank’s Governor, Benjamin Diokno, at an event yesterday.

The Bangko Sentral ng Pilipinas has invested more than $550m in a green bond fund managed by the Bank for International Settlements, and issued supervisory expectations on the management of environmental and social risk by banks in October.