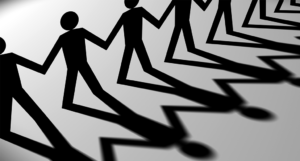 The Net Zero Asset Owner Alliance, the UN-backed body representing more than $10trn in assets, is partnering with Canada-based blended finance network Convergence Blended Finance in a bid to help drive capital towards climate solutions in “emerging and frontier markets”.

Blended finance has been a growing focus of the Alliance over the past year. In February last year, the body, which is backed by 66 global asset owners, called on investment managers to put forward ideas for investment solutions to help channel public and private assets into the climate transition.

Then in November, it published a discussion paper titled ‘Scaling up Blended Finance’, identifying the obstacles to the growth of the sector as well as potential solutions to them.

A spokesperson for the Alliance told RI that since it made its call to investment managers in February, the body has received 19 submissions. Five of these were presented to members before the end of September. Six were rejected for “various reasons – not blended finance, scalability, etc.”. And of the remaining eight, around half will be presented this quarter or the next, he said. The spokesperson added that it is up to individual asset owners if they want to pursue proposed investment vehicles.

The aim of the new partnership, which was announced yesterday, is “to increase investment in climate and Net Zero solutions in emerging and frontier markets”, the network stated.

Developing nations require over $2trn annually to meet their climate investment need, according to Convergence, but a recent report by the OCED revealed that private investment has stagnated at around $14bn per year since 2017.

A sticking point is the risk rating of many developing countries which is often “insufficient to attract capital from institutional investors exercising fiduciary duty”, Convergence wrote. The network added, however, that “blended finance has the potential to de-risk investments and achieve target investment returns.”

The spokesperson for the Alliance told RI that as part of the partnership all its members will get access to Convergence’s platform and transactions. He also said that the body would “proactively” promote blended finance structures and continue to run workshops on the topic for members, including one on feedback questions from its November discussion paper.

RI was also told that the body is currently launching an “EM Finance the Transition Subwork track” which will look at the obstacles and solutions to “accelerating ‘green finance’ into the EMs [emerging markets] and DCs [developing countries]”. This workstream will collaborate with existing initiatives and the development finance community, the spokesman said.

The Net Zero Asset Owner Alliance was initiated in 2019 by Allianz, Caisse des Dépôts, La Caisse de Dépôt et Placement du Québec, Folksam Group, PensionDanmark and Swiss Re. It is now backed by 66 investors, representing over $10trn in assets, who have all committed to aligning their portfolios with the goals of the Paris Climate Agreement.