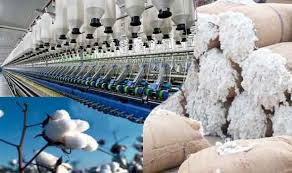 A new initiative launched by the Responsible Sourcing Network (RSN), an As You Sow project that tackles human rights and forced labour issues, is working to eradicate modern-day slavery at cotton and yarn producing companies in what its director calls “a core social issue that investors should be watching”.

Dubbed Yarn Ethically and Sustainably Sourced, or YESS, the project will scrutinize yarn spinners and cotton producers to verify their fair labor practices and identify any who are using slave labour. Though the initial scope for the program is limited to India and China, YESS says that materials made in this way can be found in clothing and home goods sold by major brands all over the world: many have already lent their support, including Adidas, Jade Marketing and Woolworths Holdings.

Though other similar campaigns have targeted the fabric industry, says Patricia Jurewicz, Director of RSN and creator the project, YESS is the first that targets spinning mills directly, which are uniquely positioned to prevent slave-produced cotton from entering the supply chain.

Jurewicz adds that until now, there have not been any methods for investors to analyse their holdings for companies that do not try to combat this issue, which can have grave and risky implications for portfolios. The reputational and legal risks, she continues, should be a “very real and major concern”, particularly in light of recent legislation in California or the UK and, increasingly, lawsuits against companies with slavery embedded into the commodities they source.

According to YESS, 90% of all cotton produced is conventional, with no ethical or environmental standards enforced, and forced labour is a known issue in China and India, the world’s largest producers of the textile.“It’s that uncertainty and lack of transparency that exposes companies to risk,” Jurewicz explains. “It is very likely that companies sourcing materials produced with forced labor are in all large institutions’ stock holdings.”

In order to combat this lack of transparency, YESS is encouraging mills to establish a training, assessment and verification process for the raw materials they bring in, before they are then spun together and passed along the production chain. Another area of focus is identifying where young women are forced into such labour in southern India, while YESS is also planning to coordinate its efforts with industry-wide sustainable and ethical sourcing programs.

Investors are well placed to lend their support for the campaign, particularly with a raft of new tools they can use to examine their shareholdings for these problematic industries. Know the Chain is rolling out an apparel and footwear benchmark before the end of 2016, while the Corporate Human Rights Benchmark is also planning to apply its own methodology to the apparel and retail industries next year with a view to publishing a series of comparisons.

Jurewicz sees the issue as one that will grow in importance and draw attention from students, activities and foundations alike to demand more action by companies, particularly as consumers and investors learn more about how widespread modern slavery abuses are.

Going forward, NGOs need to be clearer in what they are asking of companies so that investors can easily measure corporate performance, she adds.

“Clear steps and measurements together with a robust financial argument will elevate modern slavery to the core social issue investors should be watching,” Jurewicz concludes.