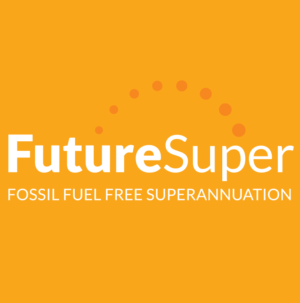 The index, called the Global Sustainability Leadership Index, will be composed of 100 of the world’s most sustainable companies. It will exclude companies from industries linked to the extraction, processing and distribution of fossil fuels.

Speaking to RI, Ian Monroe co-founder of Etho Capital, who is also a lecturer at Stanford University, said large investors were increasingly seeking bespoke indices due to a “tyranny of bad indexes and bad benchmarks”, adding: “There is a lot of evidence that smarter sustainability metrics are material to financial performance, but it is very difficult to do that with benchmarks that never had those metrics in mind.”

He continued: “Working with Future Super we started from square one. We didn’t start with a pre-existing index that we needed to decarbonize. We started with an index they wanted to own and built it using our process. And that does make it incredibly easier to make a better product.”

The index is equally weighted, which Conor Platt, co-founder of Etho, says allows you to look at companies on their own merit without its impact on the rest of the portfolio. “You have a broad group of companies and it is likely something will happen. It’s just the law of averages and when it does you are able to look at that company and see whether it holds to the standards of our index both in impact and stakeholder engagement,” he says.

This is the third bespoke index Future Super has launched. Last September, it announced two fossil free indices with Thomson Reuters based on ASX-listed companies.Future Super, which has A$185m in assets under management and 3,000 members, is a recent entrant into the Australian superannuation market. It launched in 2014 under the leadership of Simon Sheik, the former head of advocacy group GetUp and Financial Analyst at NSW Treasury.

Commenting on the launch of the Global Sustainability Index, Sheik said: “Our objective is to provide our investors with Australia’s first highly customized fossil fuel free index composed of some of the world’s top performing sustainable global companies to meet the performance and sustainability criteria of the Australian marketplace.”

The index uses Etho Capital’s propriety Smart Sustainability Process analytics that includes a quantitative analysis of 6,000 companies’ climate efficiency with their industry peers. It also has additional screens at the request of Future Super and Etho Capital will work with a network of sustainability experts on the index’s ranking.